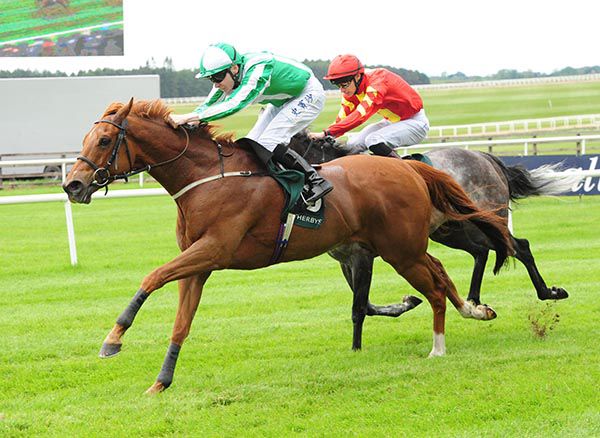 Mr Lupton will have to defy top weight if he is to provide trainer Richard Fahey with a third victory in the William Hill Ayr Gold Cup.

The son of Elnadim has been promoted to the head of the weights in Saturday’s prestigious six-furlong contest, after Dakota Gold was take out at the five-day confirmation stage.

Although the four-year-old has found life tough since winning a Group Two at the Curragh on his seasonal return in May, his Malton handler hopes a first start in handicap company in more than a year may get him back on track.

Fahey, who won the race in 2006 and 2015, said: “I’d say Mr Lupton will be my only runner in the race this year. It has not been easy for him this season, because he has had to carry a Group Two penalty in most races.

“He has had a go at Group One company, but he is not a Group One horse. Let’s get him back into handicap company and see what happens.

“He is not going to be giving lumps of weight away. He will not be giving two stone away — it will be more likely 14 or 16lb — because it is condensed handicap.

“Hopefully he can run well back at this level. They will go a fast pace, and he loves coming off a fast pace.”

The Paul Cole-trained Baron Bolt, who dead-heated with Son Of Rest in the race 12 months ago, is one of two previous winners still in the mix — alongside 2017 hero Donjuan Triumphant, from the yard of Andrew Balding, who is also responsible for Stone Of Destiny.

Buffer Zone, one of three entries for Ger Lyons alongside Ardhoomey and Medicine Jack, is the general 10-1 market leader following the omission of the William Haggas-trained ante-post favourite Victory Day.

Further Irish interest in the race may come from the Johnny Murtagh-trained Urban Beat and Downforce, who is the representative of Willie McCreery.

Having sent out subsequent Group One winner Brando to land the 2016 renewal, trainer Kevin Ryan is likely to rely on Major Jumbo and Hey Jonesy to give him victory number five in the race.

David O’Meara, seeking a second win in the event, is responsible for five of the entries among the 25 guaranteed to get a run — after leaving in Summerghand, Intisaab, Gulliver, Arecibo and Cold Stare.