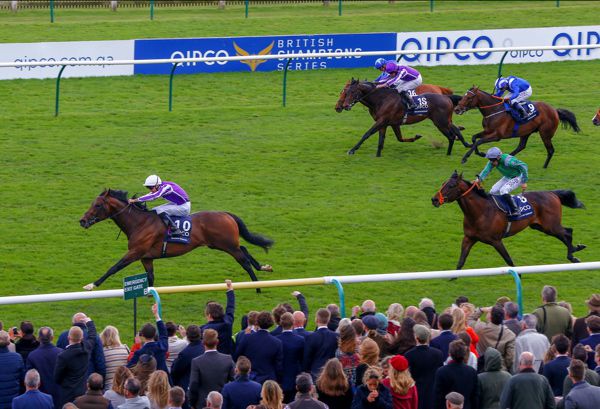 Magna Grecia, winner of the 2000 Guineas, has been retired.

The son of Invincible Spirit won the Group One Vertem Futurity Trophy at Doncaster as a two-year-old, but ran only twice after his Newmarket Classic victory.

He sustained an injury when beaten in the Irish 2,000 Guineas and did not run again until last Saturday’s Queen Elizabeth II Stakes, where he finished 14th of the 16 runners.

Coolmore’s director of sales David O’Loughlin said: “Magna Grecia is a top-class prospect by the sire of Kingman. He’s got the pedigree and the good looks, and he beat so many good horses in both the Vertem Futurity and the 2000 Guineas.”

A fee will be announced at a later date.