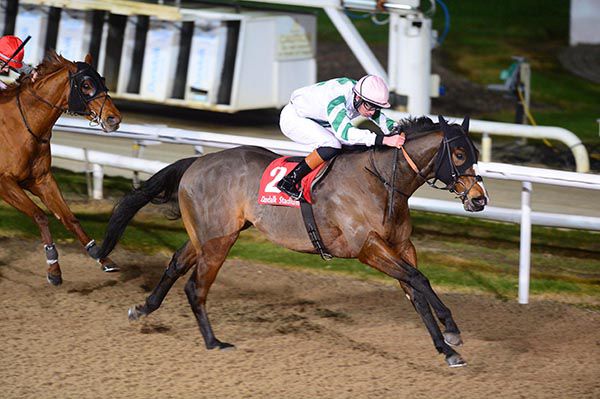 Alfredo Arcano is enjoying a well-earned break before he attempts to continue David Marnane's 100 per cent record in Doncaster's Portland Handicap.

Marnane, who took the five-and-a-half-furlong dash with Santo Padre in 2009, and then again with Nocturnal Affair two years later, believes Alfredo Arcano fits the bill this time.

"He's on a bit of a holiday at the moment," he said of his five-year-old sprinter.

"He's had a busy campaign. He was in Lingfield, he was in Dubai and up and down Dundalk, so he’s run every month for seven months."

The September target on Town Moor therefore appeals to the Bansha trainer.

"What we’re going to do with him is to try to aim him for the Portland Handicap," he added.

"We've had two runners in it. Both have won, and I'd like to have third.

"I think a flat five and a half furlongs suits him. He’ll probably have a prep somewhere, and then go there."

Marnane then plans to take Alfredo Arcano back to Dubai for a winter campaign, and will try him on the dirt course at Meydan.

"All roads lead back to Meydan. I can see him running on the dirt this winter," he said.

"We lost Tato Key, which was a bit of a blow, but he is rated 104 on the all-weather, only a few pounds below Tato Key.

"I think he'd love the dirt, and his style of running suggests he would. He could be tailor-made for the place."