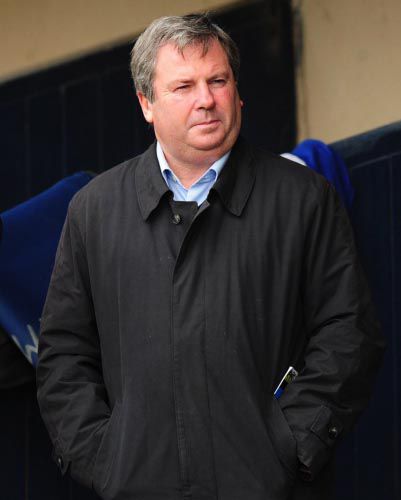 Local handler Eric McNamara is looking forward to the festive period at Limerick where he hopes to have a few runners with live chances.

The Rathkeale trainer has a good strike rate at Greenmount Park and hopes to add to his tally this Christmas.

He has been impressed wit recent improvements to the race program at the course and is a big supporter of the venue.

“They are doing a great job in Limerick and I think the track has improved enormously over the last few years,” said McNamara.

“Last year they had their first Grade 1 ever and I think that's a huge boost to the racecourse.

“They have a lot of great racing and a good feature race everyday. The Tim Duggan is a very good race and carries a prize-find of €50,000.

“It's a race we've been lucky in. Larkwing won it for us and also Questions Answered. We also had a horse called Compo who was 20 lengths clear one day and fell at the last.

“We have a couple of nice horses for the meeting. Drifting Back was third in Limerick about three weeks ago and he'll probably run in the three-mile handicap hurdle.

“Tomeric in the rated novice hurdle, the first race on the last day, would hopefully have a chance.

“Oscar Montel in the two-and-a-half mile maiden hurdle and we have a nice three-year-old horse called Bear Claws.

“We have chances, I have no horse that stands out and I'd say will win but I think we have plenty of chances and I'd be disappointed if we don't have a winner.”