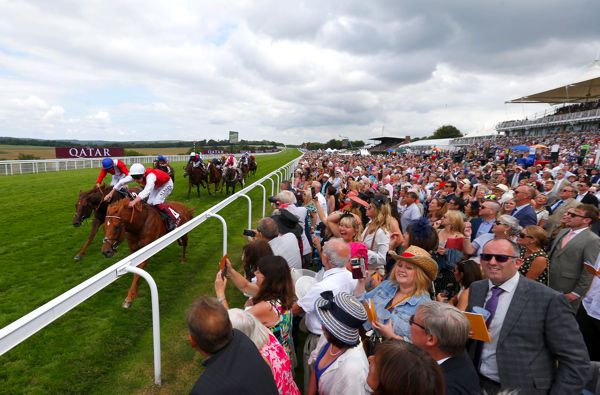 Golden Horde will be put away for the season following his excellent effort to go down fighting by a neck to Earthlight in the Middle Park Stakes.

Trainer Clive Cox feels the Lethal Force colt deserves to go to his winter quarters after a successful juvenile campaign that reaped a Group Two triumph in the Richmond Stakes at Goodwood and two placed efforts in Group Ones.

Both of those defeats came at the hands of Andre Fabre’s colt but he did get closer to Earthlight at Newmarket — a neck from two and three-quarter lengths — than he did in the Prix Morny.

“I’m very pleased he’s come out of it well. It was a great performance,” said Cox.

“None of it was a surprise. The form was in the book. It was great he’d come forward and he’s a progressive horse.

“He has the size and scope to be excited about for the future.

“He won’t run again this season. I think we’re delighted with what he’s done — two Group One places to follow his Group Two success in the Richmond.

“Hopefully he’ll do well over the winter. He’s a big horse and he’ll be nice to grow into that frame properly.”

The Cox team see Golden Horde as a horse in the mould of his sire Lethal Force, who won the Diamond Jubilee Stakes and July Cup over six furlongs and the Hungerford over seven.

“We’re looking forward to him next year. He gives Adam (Kirby) the same feel as his father (Lethal Force) did. He’s got a very good cruising speed,” said the Lambourn trainer.

“Lethal Force won over seven in the Hungerford and he gives us the impression he could go seven, but in the meantime he’s a good six-furlong horse and we’ll look forward to making a solid path to next year, I hope.

“I think we’d be inclined to that kind of trip rather than trying to stretch him out further.”