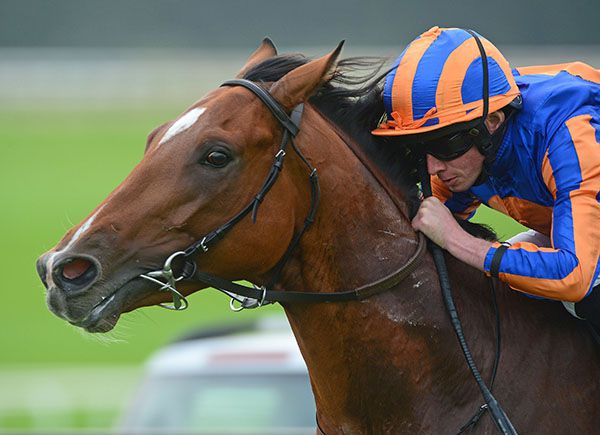 Mogul heads a field of 12 contenders for the rescheduled Vertem Futurity Trophy at Newcastle.

The Group One heat was originally due to take place at Doncaster last Saturday - but a waterlogged track put paid to that meeting, and on Friday the mile event will now become the first top-level prize to be contested on an all-weather surface in Britain.

Aidan O'Brien had planned to send Leopardstown Group Two winner Mogul and Beresford Stakes hero Innisfree to Doncaster - and both feature again, along with stablemates New World Tapestry, Royal County Down and Year Of The Tiger.

Only six were due to go to post at Doncaster, with the Andrew Balding-trained Kameko the sole runner not handled by the master of Ballydoyle.

Kameko is also in the field at Newcastle - with home hopes further bolstered by Ralph Beckett's Kinross, who was initially due to run in a Group Three at Newbury that was also cancelled last week.

He was an impressive winner on his racecourse bow at Newmarket this month.

The field is completed by the Jim Bolger-trained Geometrical and King Of The Throne, who takes his chance for Emmet Mullins.

The race is scheduled as the 6.00, the fifth of nine events on Newcastle's floodlit card.