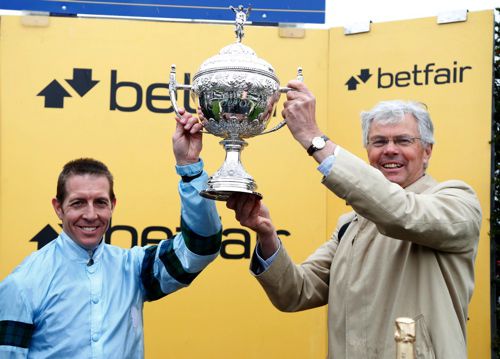 Hughie Morrison has no concerns at all over the condition of Marmelo ahead of the Melbourne Cup next week.

Second in the race 12 months ago, the six-year-old was sent for a scan by Australian vets after showing signs of soreness.

Since his heroic effort last year Marmelo has won a Group Three at Newbury and a Group Two in France.

Morrison, who arrived in Australia on Tuesday, was happy with his condition after a spin on the track under big-race pilot Hugh Bowman.

“I didn’t see having a scan as a problem,” said Morrison on www.racing.com.

“Tom, who has loved him for three years, said he is moving as well as ever and Hughie (Bowman) rode him today and said he worked better this time than he did this time last year.

“All roads lead to next Tuesday.

“He was X-rayed and cleared before he came and he was X-rayed last week. His X-rays showed no difference to this time last year and I think the CT scan, from what I have heard, I don’t think it’s significant.

“I think his form is probably on a similar level.”