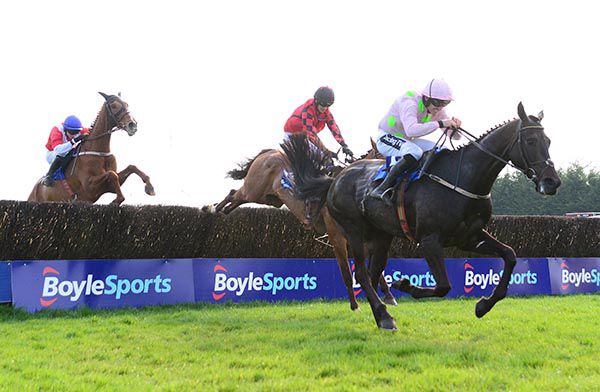 Willie Mullins is looking forward to Irish Grand National hero Burrows Saint competing back in novice company in the Grade 1 Drinmore at Fairyhouse on Sunday.

The six-year-old gelding was last seen winning the staying showpiece at Fairyhouse in April, and will face Samcro and Fakir D'oudairies in a mouthwatering renewal of the Drinmore.

Willie Mullins said: "He has a nice rating albeit gained over a mile further. I think with the testing conditions that might be there on Sunday he has a chance.

"He certainly will have the experience jumping fences and around this track. I think he is there with a nice chance - we are going there with the hope of getting a nice bit of prize money.

"He'll jump and stay. He's in against novices and there's very few novices are competing that already have an Irish Grand National in the bag, so that gives him a huge chance."