Mullins has Haydock option for True Self 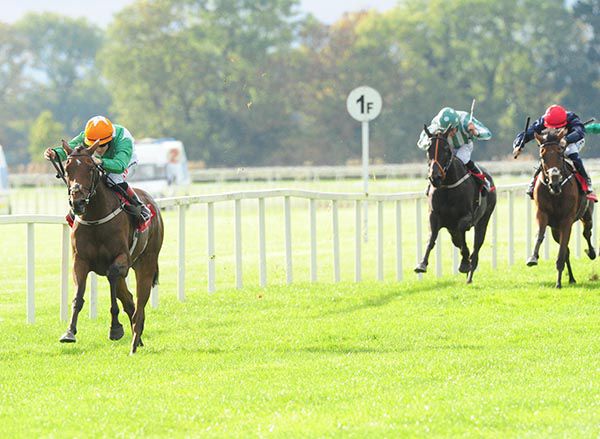 True Self may bid to continue her winning streak in the Betway Pinnacle Stakes at Haydock.

The Willie Mullins-trained six-year-old won a Cork maiden and successive Listed prizes at Bath and Newmarket last autumn — and picked up where she left off when making a successful reappearance in the Listed Vintage Tipple Stakes at Gowran Park last month.

The daughter of Oscar looks to step up to Pattern class on her next appearance, and this Saturday’s Group Three on Merseyside looks a suitable target.

True Self is one of 15 fillies and mares in contention for the mile and a half contest.

John Gosden — who has claimed this prize twice in the last five years with Sultanina (2014) and Journey (2016) — relies upon Highgarden, who could make her first start since landing the Group Three Nayef Stakes at Newmarket last September.

Others in the mix include Roger Varian’s Pilaster, Hughie Morrison’s course scorer Jedhi and Dance Legend from Rae Guest’s yard.

The latter has come up short in previous outings at Stakes level, but appeared an improved filly when making an impressive start to her campaign in a Lingfield handicap last month.

“At this stage she’s an intended runner,” said Guest.

“She’s always been a nice filly, but she’s a typical filly by Camelot in that she’s taken a bit of time to mature and strengthen up.

“I was very pleased with her at Lingfield and I think she’s come on since then, so hopefully she can run well on Saturday.

“They’re calling the ground good, and there’s a few showers around. As long as the ground isn’t good to firm it should be fine.”