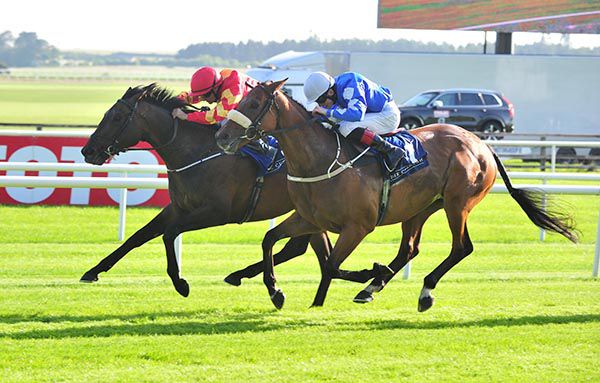 John Murphy is treading carefully with War Diary as he waits for suitable ground before committing the progressive four-year-old to his next target.

Murphy will consider two handicaps at next week’s Galway Festival but is not prepared to take any chances.

War Diary did not make his racecourse debut until last autumn, when he was placed in two maidens at Gowran on ground described as heavy and soft-to-heavy.

The son of Declaration Of War then got off the mark on a yielding surface on his seasonal debut, with a facile success by seven lengths in a Clonmel maiden, and it was good at the Curragh last month when he followed up in a premier handicap by a neck from Sea The Lion.

Murphy said: “Everything is ground dependent. He’s going to be in a couple of handicaps later in the week in Galway.

“He’s in a premier handicap, and there’s a lower-grade handicap. We’re just waiting to see what the ground brings.

“The ground has been good, but there is a very dry forecast, so it’s hard to figure.”

The County Cork trainer is happy to stay patient with his long-term prospect.

He added: “He’s in the Leger Trial and a few other things later on. He’s a very big horse as well, so I hope he’s going to progress.

“He has a big future, please God. He has to fill into his huge frame.”