Mustajeer heading down under after York 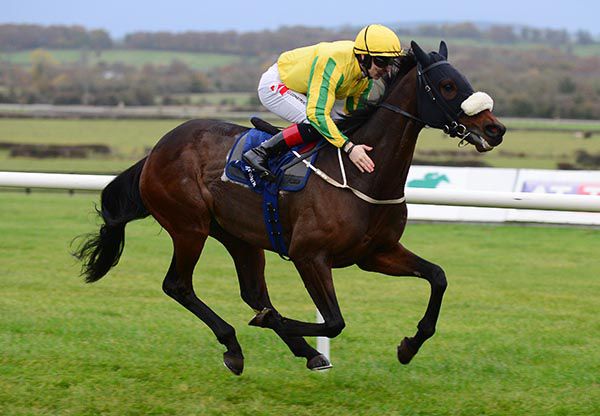 Mustajeer is set to tackle both the Caulfield and Melbourne Cups after Australian Bloodstock bought a controlling interest in him.

The six-year-old stayer is currently trained by Ger Lyons and is reported to be on course for the Sky Bet Ebor at York on Saturday week, after finishing fifth in the Curragh Cup last time out.

He was fourth in the Knavesmire feature last year, and Australian Bloodstock’s Luke Murrell thinks he will be a credible contender for the major Australian races in the autumn.

He said: “We have bought him, because we feel he is a genuine top-five and winning chance for the Caulfield Cup and Melbourne Cup.

“Those Irish horses are the best stayers in the world, and I have loved some of the things he has done this year.

“He has exactly the right profile in that he will, with even luck, get in on the limit in both the Caulfield and Melbourne Cups — and importantly he has a turn of foot that will be well suited to Australia.

“His turn of foot is one of the best we have seen in a while on the data he produces, so on our flatter tracks he should be dynamic.”

Murrell also confirmed Mustajeer will switch to the care of Kris Lees for his Australian dates.

He told www.australianbloodstock.com.au: “(The plan is) into the Ebor, and then Kris Lees will train him for the Caulfield and Melbourne Cups.

“Ger has a big team in Ireland and wanted to run him in the Group One Irish St Leger, but for us the Caulfield Cup is worth $5million vs the St Leger (at) $800k — so it was a no-brainer to head that way — and obviously the Caulfield Cup is a good platform for the Melbourne Cup”.

The Australian Bloodstock syndicate notably purchased the German-trained Protectionist before his Melbourne Cup win in 2014, and it also has David Menuisier’s recent German Group One winner Danceteria among its team.