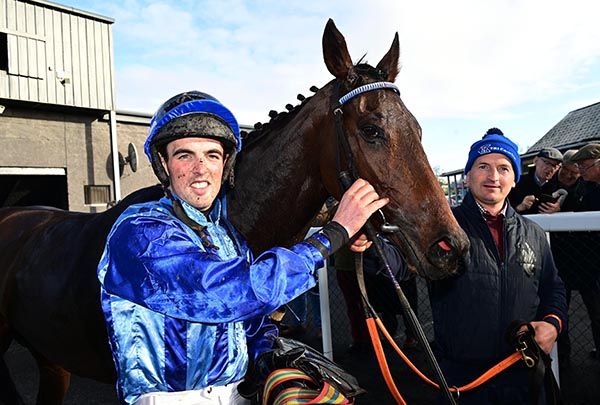 There was a turn up for the books in the mares' maiden hurdle when 33/1 chance Navy Waves scored under 7lb claimer Evan Dwan.

The winner, beaten 24 lengths in a similar contest here last month on her first completed start over hurdles, stayed on well to head always-prominent 10/11 favourite Mollys Glory on the line.

For the second race in a row, the winning margin was a nose.

The winner is trained by Julie Cashin, whose husband Johnny remarked: "She was working well at home, everything was going well and we were happy with her work. Evan comes in to me, he is a grand rider and they all deserve their chance.

"We're based in Killenaule, only have about two or three in training so don't have many runners and we mainly breed horses."