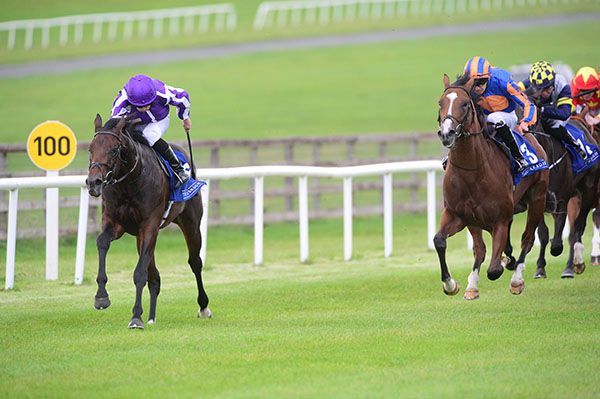 Aidan O’Brien could let both Lope Y Fernandez and Monarch Of Egypt line up for the Juddmonte Middle Park Stakes at Newmarket later this month.

Lope Y Fernandez looked another Ballydoyle superstar in the making after an impressive racecourse debut at the Curragh in early June, but was subsequently behind the Charlie Appleby-trained Pinatubo in both the Chesham Stakes at Royal Ascot and the Vintage at Goodwood.

He bounced back to winning ways in the Group Three Round Tower Stakes at the Curragh, and O’Brien is keen to keep him at six furlongs — possibly at Newmarket on September 28.

He said: “We dropped him back and he looks to better at six than seven — it looks like a thing for that stallion (Lope De Vega).

“I think it could be the Middle Park next as that was the reason why we dropped him back.

“We were very happy with him and he should progress from that run.”

Monarch Of Egypt was another to impress on his introduction at Naas, since when he has found the Ger Lyons-trained Siskin too strong in the Railway and the Phoenix Stakes at the Curragh.

O’Brien added: “Monarch Of Egypt will go to the Middle Park — that is the plan with him.

“We could go up to seven furlongs after that, but he is a horse we are looking forward to seeing.”