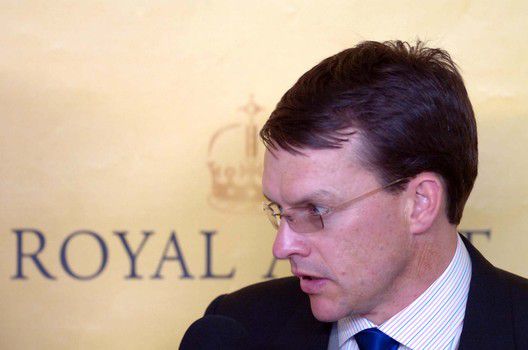 Hitting the ground running has not quite been the style of Aidan O’Brien at Royal Ascot in recent seasons — but an opening-day double at this year’s meeting swiftly changed such an approach.

Having failed to saddle a winner on the first day of the meeting for the past two seasons, there might have been a few willing to discount runners saddled by the master Ballydoyle trainer on Tuesday, given his recent trend of starting the event slowly and finishing with a flourish.

However, those willing to ignore the statistics and follow the man that has dominated proceedings on the biggest stages in Britain were well rewarded, to set what the nine-times leading trainer at Ascot will be hoping is a theme that will continue throughout the rest of the meeting.

After watching Arizona and Ryan Moore leap to the head of the market for next year’s 2000 Guineas with victory in the Coventry Stakes, O’Brien pulled off what looked a real masterstroke when dropping Derby also-ran Circus Maximus back to a mile to capture the St James’s Palace Stakes.

O’Brien said: “It is so difficult to win any race here. It is so special for all the connections to be here and see it happen. I’m so delighted for the lads (Coolmore) and Maria (Niarchos, joint-owner of Circus Maximus). It is where everyone wants to be.

“No stone is left unturned here and nobody gives an inch out there. We are privileged to be part of it. We get the horses as well as we can and then hope, as that is all you can do really.

“I suppose every race and day is different and that is how we look at it.”

For all the praise he is given, and often deflects, O’Brien acknowledges that the success he has been able to enjoy is down the calibre of horse he is given to train — a point he was quick to make once again after completing his brace.

O’Brien said: “We are lucky, really, as they are two good colts that have won today and that is the bottom line really.

“We were delighted with Arizona in the Coventry, as he fought really well, and then Circus Maximus, it was the same thing, as he fought like a tiger.

“It is tough to have winners here and every race is different, so I can’t tell you how delighted we are.”

It is the ability to keep one of racing’s biggest operations constantly in the limelight with a steady flow of high-profile winners that O’Brien continues to derives the great pleasure from.

He said: “They put so much into it. Anything we ask for in any way, we get, and they are never found wanting in anyway. I’m delighted for them really, as they get their return, as that is what they are in it for.

“They are in it for enjoyment and these wins are important. I’m delighted for everybody that they can have a winner and experience this parade ring today.

“That is massive for them.”

Bookmakers generally run for cover where O’Brien is concerned, but they too were celebrating his opening-day achievements.

Betway’s Alan Alger said: “There was sun, rain and a number of ups and downs on the betting front on the opening day of Royal Ascot.

“Bookmakers were off to the perfect start as the first three home in the Queen Anne went under the radar for most punters at double-figure odds.

“Arizona and Blue Point were pretty painful results in the following two races, but, maybe most surprisingly, it was Ryan Moore and Aidan O’Brien who did us the biggest favour of the day in the feature race. Circus Maximus turning over both Too Darn Hot and Phoenix Of Spain in the St James’s Palace was a great result and we’re in a good spot heading into day two.”