O'Keeffe holds his hands up for Lingfield error 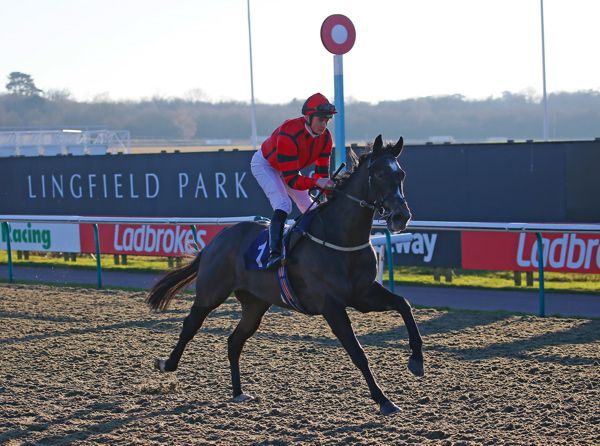 Trainer Jedd O'Keeffe admitted he was at fault for the mix-up that almost led to the wrong horse from his stable running at Lingfield on Monday.

O’Keeffe acknowledged he forgot to identify two new horses purchased at Tattersalls Autumn Sales in late October when they arrived at his base.

As a result, the horse he thought was Aegeus was set to make his debut for the yard in a 10-furlong handicap at the Surrey track until the mistake was picked up by officials at the racecourse stables.

The horse was withdrawn and the matter referred to the British Horseracing Authority.

“Trainer error. I’m very much at fault. I overlooked to identify two new horses to the yard and they were mixed up and sadly the wrong horse went to Lingfield,” O’Keeffe told Sky Sports Racing.

“I’m very lucky I’ve got very understanding owners who have taken it well and it’s something we’ve pledged to make sure doesn’t happen again.”

O’Keeffe explained how the wrong horse ended up going to the races.

“It was when the horses came back from the sales,” he said.

“They were identified wrongly. We have our own microchip scanner. I normally do it myself and identify them and the simple truth is I forgot.

“As a result we’ve had them mixed up since.

“It’s an honest mistake, but it’s a bad mistake all the same and one we’ll make sure won’t happen again.”