On to Cheltenham now for Jarveys Plate 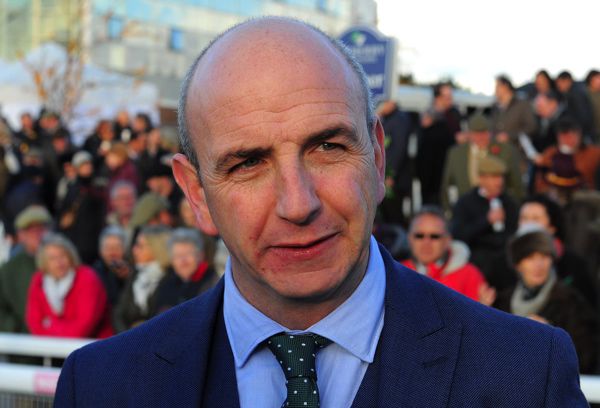 Fergal O’Brien is eyeing up the Steel Plate And Sections Novices’ Chase at Cheltenham in November for Jarveys Plate after his victory at Chepstow on Saturday.

While he only beat two rivals in a Listed Novices’ Chase on his introduction over the larger obstacles, they included dual Grade One-winning novice hurdler Reserve Tank and Paul Nicholls’ smart mare Posh Trish.

“It was a great win and a great ride by Paddy (Brennan).

“We watched it again this morning and while he was a bit cold to start with, Paddy gave him a chance to settle into it and when he asked him over the last four fences, he was brilliant.

“We were delighted, so we’ve got fingers crossed now.

“He probably wants three miles in time, like the other two. That was a nice starting point and hopefully he’ll go to Cheltenham in November for the two-and-a-half-mile race, the Steel Plate.”