Percy in 'great shape' with John Durkan an option 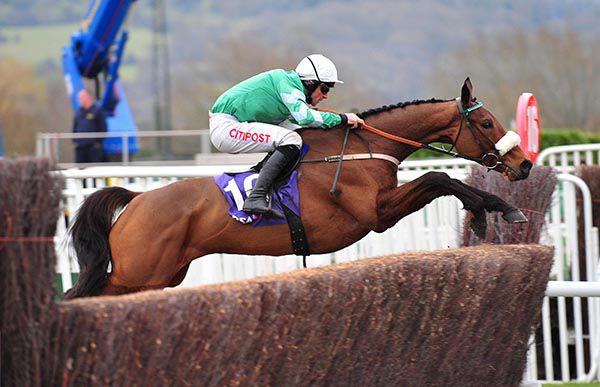 Owner Philip Reynolds has reported that Presenting Percy could return to action in the John Durkan Memorial Chase at Punchestown on December 8th.

Reynolds said: "He's in great shape and is working away. Pat (Kelly) is delighted with him and he's entered in the John Durkan at Punchestown.

"We haven't done much fast work with him yet so I'm just hoping the wee injury he had at the end of last season doesn't come back to haunt him. But it's so far so good."

Reynolds also gave an update on Mall Dini who pulled up when last seen in the Mayo National at Ballinrobe in May.

He said: "Mall Dini unfortunately got a bit of a leg in Ballinrobe the last day and is on the easy list for now. I hope to get him back to Pat's around Christmas time.

"We'll see if we can get him to Cheltenham and if not maybe he could go for an Irish National. We'll have to see how he comes back."