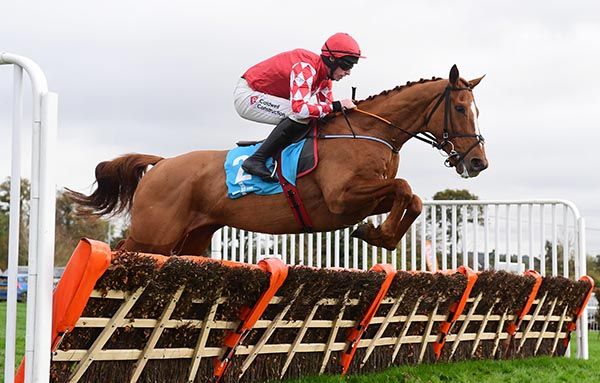 Pied Piper will not line up against Constitution Hill and Epatante in the Betfair Fighting Fifth Hurdle at Newcastle on Saturday, Gordon Elliott has confirmed.

Speaking at Hereford, where he saddled two runners on Wednesday, the County Meath trainer said the impressive winner of Cheltemham’s Masterson Holdings Hurdle would not be among those declared for the two-mile feature.

Piped Piper, third in last season’s Triumph Hurdle, started the season in fine style, getting his revenge on old rival Knight Salute at the Prestbury Park track before following up in the Grade Two WKD Hurdle at Down Royal earlier this month.

However, Elliott has decided against running against Champion Hurdle favourite Constitution Hill, who is set to make his seasonal bow along with last season’s Fighting Fifth dead-heater Epatante.

“I would say he would be doubtful he would run, with those two horses turning up,” Elliott said.

“We were just waiting to see what turned up, but with those two horses turning up, we might just give it a miss. We have had two runs, so we’ll give it a miss.

“I would imagine we will go somewhere at Christmas. I would say we won’t go to Newcastle.

“He has done nothing wrong so far, but to throw him in at the deep end this stage might not be the best idea.”