Pinatubo ready to light up the Curragh 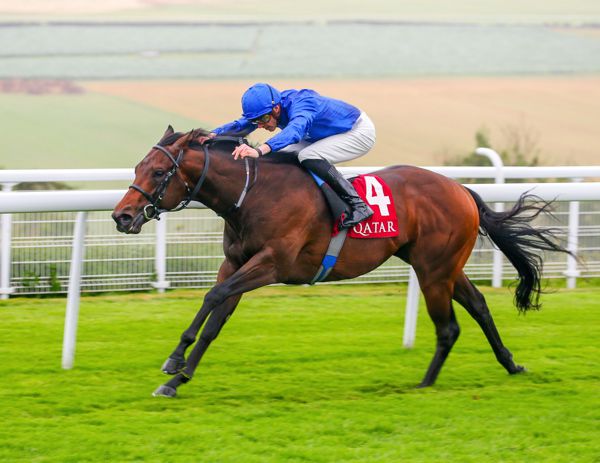 Next year’s 2000 Guineas favourite Pinatubo is the star attraction on the second day of Irish Champions Weekend at the Curragh as he headlines a field of eight in the Goffs Vincent O’Brien National Stakes.

Charlie Appleby’s youngster won the Chesham at Royal Ascot back in June and has since added the Vintage Stakes at Goodwood in even more impressive fashion by five lengths.

He is bidding for a fifth straight win on Sunday, but will not have it easy against Aidan O’Brien’s Armory and Arizona. The former won the Futurity Stakes last time out, while the latter won the Coventry at Ascot but was beaten in the Prix Morny on his last outing.

Jim Bolger’s Geometrical and Mark Johnston’s Monoski are also in the mix.

A total of 10 will line up for the Comer Group Irish St Leger, with Melbourne Cup hero Cross Counter making the journey across for Appleby.

Dermot Weld’s Search For A Song and Sylvester Kirk’s Salouen complete the field.

The Derrinstown Stud Flying Five has 12 runners and looks wide open, in the absence of Battaash.

Soldier’s Call and Mabs Cross have been finishing just behind the likes of Blue Point and Battaash this summer — and without those two in opposition, connections of both will be hopeful of claiming Group One honours.

Houtzen, a smart addition to the Martyn Meade stable, has her first run since finishing second to Battaash at Goodwood.

Eddie Lynam’s Soffia has been on a roll of late; Invincible Army has had a good year, and Darren Bunyan’s Hit The Bid is a smart sprinter on his day.

Jessica Harrington’s unbeaten Albigna is the star in the Moyglare Stud Stakes, in which she faces Roger Varian’s Albany Stakes winner Daahyeh.

James Tate’s Under The Stars and the Ger Lyons-trained Soul Search are among a field of nine.