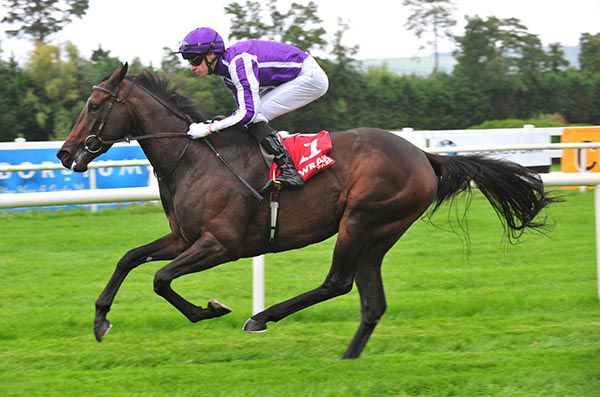 Pink Dogwood will miss Royal Ascot and instead be aimed at the Juddmonte Pretty Polly Stakes at the Curragh.

A Listed winner on her reappearance, the Aidan O’Brien-trained filly ran a fine race to be second to Anapurna in the Investec Oaks at Epsom, going down by a neck to John Gosden’s charge, having shown a fine turn of foot when sweeping to the front.

She is now set to revert to a mile and a quarter for the Group One showpiece on Irish Derby weekend.

O’Brien told attheraces.com: “We are going to skip Royal Ascot with her and the plan at the moment is to run her in the Pretty Polly Stakes at the Curragh on Irish Derby weekend.”

Confirming plans for some of his other runners at Ascot next week, O’Brien said the current plan was to aim Kew Gardens at the Gold Cup, together with Capri.

High-class filly Magical remains on course for the Prince of Wales’s Stakes and dual 1000 Guineas heroine Hermosa is heading to the Coronation Stakes, with Ten Sovereigns bound for the Commonwealth Cup.

The speedy Sergei Prokofiev is set to be seen in the King’s Stand Stakes on the opening afternoon, when Le Brivido will tackle the Queen Anne Stakes.