Plenty of Irish interest at Auteuil 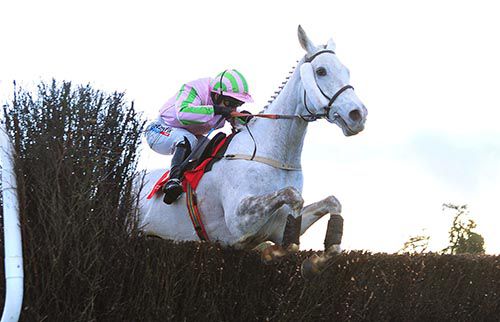 Baie Des Iles is aiming for back-to-back wins in the Prix des Drags at Auteuil on Sunday.

The grey mare is a regular visitor back to her native land, given her love of soft ground, and trainer Ross O'Sullivan is hoping lightning can strike twice for her.

She had been due to run at the same course in last month's Grand Steeple Chase de Paris, the French Gold Cup, but was balloted out.

"We are all really looking forward to Baie Des Iles trying to retain her crown in the Prix des Drags at Auteuil on Sunday," O’Sullivan told his Betway blog.

"She's in great form - we've been really happy with her over the past couple of weeks.

"She has done some work on the Curragh which has gone very well. She's working similarly to how she was before the race last year.

"With 13 runners declared, there are less to take on than there would have been in the Grand Steep. Paul Townend can't ride her, because he has to ride for Willie Mullins, so we’ve booked Sean Flanagan.

"It's certainly not going to be easy, but there's huge prize money up for grabs. Louisa Carberry's horse Docteur De Ballon won a trial and was then was unlucky in the Grand Steep. He could well start favourite."

O'Sullivan is banking on his mare's course form.

"We hope when she gets back there she remembers where she is.

"Her form this season has been pretty good. It started quite slowly, and the Welsh National didn’t work out.

"(But) she ran well in the mares’ Listed chase at Naas and then would surely have won if she’d stayed on her feet at Down Royal.

"Obviously it was very frustrating to miss out on the Grand Steep, but she runs well fresh on the back of a break. I think she’s in similar form and well-being to last year.

"It’s going to be a very hard race to win again, but I’m happy and confident that there is nothing more we can do. She’s as well as we could have her."

Mullins is strongly represented in the Prix La Barka, with five of the nine runners as he bids for a fourth successive win in the race after Un De Sceuax, Shaneshill and Bapaume took the last three.

Mullins also saddles French Made in the Grade 3 Prix Questarabad, with Paul Townend set to partner this daughter of Dream Well.