Pump on course for Naas 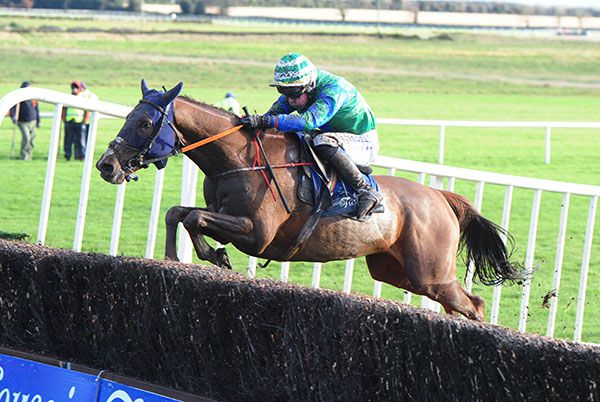 Matthew Smith was delighted with Ronald Pump’s recent effort over hurdles and is planning to switch back to fences at Naas this month.

The County Meath trainer has had his eye on a Grade Three novice chase over three miles on January 26 for some time, but decided a run over Christmas would do his much-improved charge no harm.

Ronald Pump justified his trainer’s decision with a fine weight-carrying performance in defeat at Leopardstown — which followed his second behind Fakir D’oudairies in Fairyhouse’s Grade One Drinmore Novice Chase.

Conceding lumps of weight to the winner Treacysenniscorthy, Ronald Pump finished strongly to be beaten only half a length in a 25-runner handicap.

Smith said: “Our aim was the Grade Three novice chase at Naas, and we felt there was no harm in getting a run into him over Christmas to do his confidence good back over hurdles.

“That has been the target, and still is. What happens there will guide us into which direction we go afterwards.

“He ran a cracker off that weight. He was giving 2st 1lb to the winner. Another 20 yards, and the way he was finishing, he would probably have got up. It’s hard to come from behind at Leopardstown.