Quadrilateral an exciting prospect for Charlton 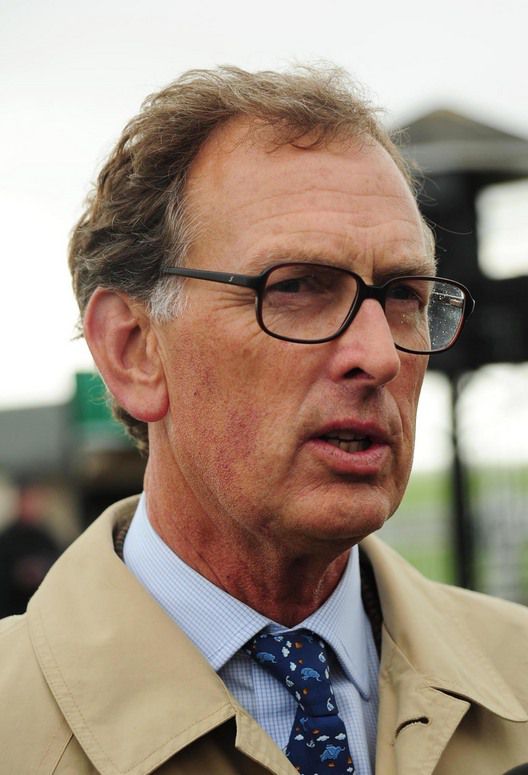 Roger Charlton is yet to win the Qipco 1000 Guineas — but Quadrilateral may be the one to put the Classic on his CV after impressively maintaining her unbeaten record at Newbury.

Quadrilateral made a winning debut at the Berkshire track last month, and had little trouble following up that success as she completed doubles for Charlton and jockey Jason Watson in Friday’s Dubai Duty Free Full Of Surprises British EBF Fillies’ Conditions Stakes.

Settled last early on in the seven-furlong contest, the 7-4 shot powered away to defeat Kalsara by nine lengths and earn quotes of between 10-1 and 14-1 for next year’s Classic.

Charlton, who won this same race 12 months ago with Fashion’s Star, said: “You don’t often see them win by nine lengths.

“I hoped she would win but I didn’t know how good the Sir Michael Stoute filly (Melnikova) was.

“Her work has been good, and she has matured a lot mentally. I thought she behaved fantastically today. She settled in behind, moved up and then quickened — she did everything right.

“When she came here and won (first time) — and did it on her ability, because she wasn’t fully fit — she wasn’t that experienced, so we knew there was better to come.”

After all but ruling out next Friday’s Shadwell Rockfel Stakes at Newmarket for the daughter of Frankel, Charlton hinted instead at possible Group One targets.

The Fillies’ Mile at Newmarket, for which she would need supplementing, or the Prix Marcel Boussac at ParisLongchamp may be on the agenda.

He added: “I would have thought she ought to run again (this season), because it is important to get black type — you never know what happens next year.

“She is in the Marcel Boussac, she is in the Rockfel — but that will be too soon. She is not in the Fillies’ Mile — but she could be.”

Smokey Bear made it third time lucky, to get Watson and Charlton on the scoresheet when proving a length and a quarter too strong for River Nymph in the second division of the six-furlong maiden.

Tabarrak, meanwhile, can expect to have even more attention given to him once back home — after forming the highlight of a treble for trainer Richard Hannon, following up his 2017 success in the Listed Dubai Duty Free Cup Stakes by three-quarters of a length.

Hannon said of the 8-11 winner: “He is so popular in the yard, and everybody loves him. He has been around a while, but he is a very good horse, and he deserves that.

“I think there is a Group Three in him, and he has been lightly raced all year. He was unlucky at Ascot in a handicap. You could run him any race, and he will run his race."

Theotherside got the ball rolling for Hannon when springing a 33-1 surprise on debut, by a length and a half in the opening division of the British Stallion Studs EBF Maiden Stakes.

Hannon said: “It is nice for Charlie Austin, because he is a new owner for me. I thought she might run well — but not that well. I had a little investment each-way on her.”

Separate appeared to appreciate the step up to seven furlongs to form the middle leg of Hannon’s hat-trick, running out a two-length winner of the Dubai Duty Free Nursery Handicap at 12-1.

Oisin Murphy continued his march towards a first Flat jockeys’ championship, claiming a double which was initiated by his 150th win of the season — a half-length success for the Andrew Balding-trained Shailene in the Dubai Duty Free Handicap.

On reaching the milestone, Murphy said: “I’ve been working as hard as I can, and the support I’ve been getting is amazing from so many different people. I’d just like to keep going to the end of the season now.

On the 7-2 winner, he added: “She is a lovely filly and has done it well. This race was a good opportunity for her, and Andrew was sweet on her chances.”

The Alan King-trained Tritonic (12-1) completed Murphy’s double — following up his win at Ffos Las success when taking the Haynes, Hanson & Clark Conditions Stakes by a length and a half.