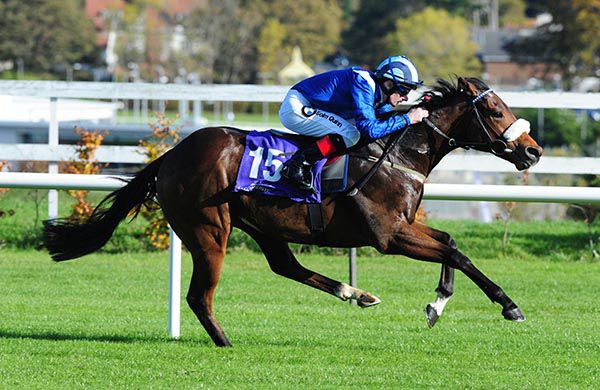 Rakan will head to the Dubai Duty Free Irish Derby after his win at Leopardstown on Thursday evening.

The Dermot Weld-trained colt had to be kept up to his work to beat his two rivals, but was never in danger of losing.

By Sea The Stars and out of Tarfasha, he is bred for Classics and connections can think of no reason not to have a go.

"I've spoken to Dermot and the Chris Hayes and I think the first thing to say is on the face of it he was workmanlike,” said owner Sheikh Hamdan Al Maktoum’s racing manager, Angus Gold.

"He did miss quite a lot of groundwork in the winter and what I hadn't factored in is that he's a lazy horse and hard to get fit.

"Chris said he thought he was going to go and win by four lengths, but it was a muddling pace and he took a big blow at the furlong pole like he still needed a race, so we can have him fitter.

"While he'll lack the experience of some in the Irish Derby, if ever a horse was bred to be a Derby horse it’s him, by Sea The Stars out of a mare who was second in an Oaks.

"The Irish Derby is the obvious race, if Dermot is happy with his work, and I’m sure he’ll be better off a stronger pace. I’ve always thought he was potentially our best staying horse on his pedigree and looks, but we also have Madhmoon.

"The King Edward VII at Ascot might have been next if we had an extra three weeks to play with the Irish Derby after that, but time is against us.

"I'm not saying he's good enough to go and win it on his fifth start, but it has always been the plan and he's earned the right to go."