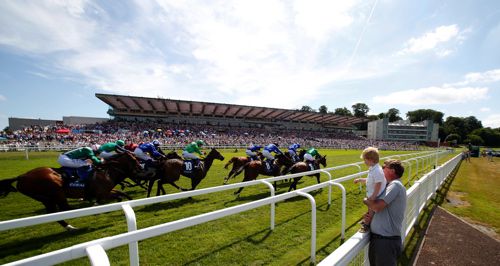 Regal Reality put his quirks aside and showed his class to give trainer Sir Michael Stoute a 10th victory in the Matchbook Brigadier Gerard Stakes at Sandown.

Having played up in the preliminaries, threatening not to go out on to the track, the son of Intello scored a second win at Group Three level when making his first start over a mile and a quarter a successful one.

Sent on just over a furlong from home by Ryan Moore, the 9-4 shot bounded clear to defeat Matterhorn by three and three-quarter lengths.

Chris Richardson, racing manager to owners Cheveley Park Stud, said: “He is a little bit tricky at home and James and Sarah here did a fantastic job this evening. He has a huge amount of talent, but he is just his own personality.

“He is just growing up and is a bit immature mentally. Where we go from here will have to be thought about.

“He might just need to go somewhere to continue the experience of learning how to do it properly. More concerning was the fact he was at the top of the chute and the horses were coming out to go down to the start and that totally threw him.

“If he does find something different to his routine, he will question it.

“I think the trip was ideal and in fairness Ryan has said all along to step him up to that trip and he looked to relish it.

“There is the Group Two York Stakes and that might be an option for him.”