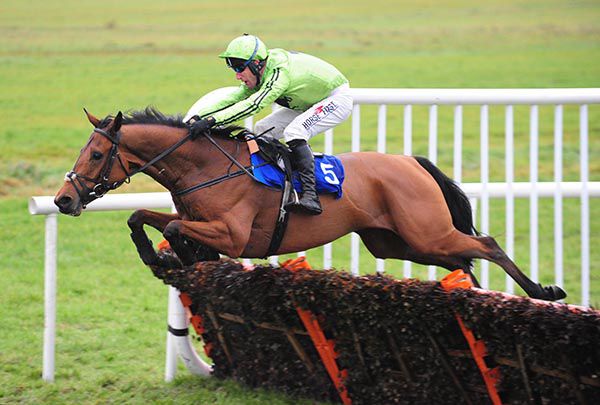 BoyleSports horse racing ambassador Robbie Power heads to Warwick on Saturday for four rides. Three for Colin Tizzard and one for Jessica Harrington.

Here are Robbie's views on his mounts:

The Hampton Novices’ Chase (Grade 2) looks like a decent race if not the strongest on paper. I can’t see the winner of this going and winning the RSA. Highest Sun has had a decent run of form over fences and was a winner in Plumpton and before that finished 2nd at Ascot. I rode him at Newbury and he was 3rd that day so his form is good and he should take a bit of beating in this race.

Harry Senior is a pretty decent horse. I was 2nd on him in a Novice Hurdle at Exeter earlier in the season and he went on to finish 2nd to Edwardstone before winning his Maiden Hurdle at Chepstow on Welsh Grand National Day. He stepped up in trip that day at Chepstow and he steps up another furlong and a half in trip again which I think will play to his strengths. I think he’s been overpriced in this and I think he’ll go very close.

We were hoping the switch to fences might bring about a bit more speed from Darlac but it hasn’t been the case. The Classic Handicap Chase is very, very competitive with The Conditional in there who is the one that's going to take all the beating in my opinion. Darlac needs to improve on what he’s shown so far over fences and over this extended trip there is the possibility that he will step up and he’d have to have an each-way chance if he does.

Everything should play to Silver Sheen’s strengths in this. Three miles and a furlong, soft ground like he won on in Wexford and Thurles but this is a step up in class. This is a qualifier for the Pertemps Final at the Cheltenham Festival and if he finishes in the top six he will qualify and the job will be done but I’d be hoping he’d go a little better than that. He’s an out and out galloper and with a light weight on his back hopefully he can overcome a few of these and finish in the top three.