Rockingham now the target for Hathiq 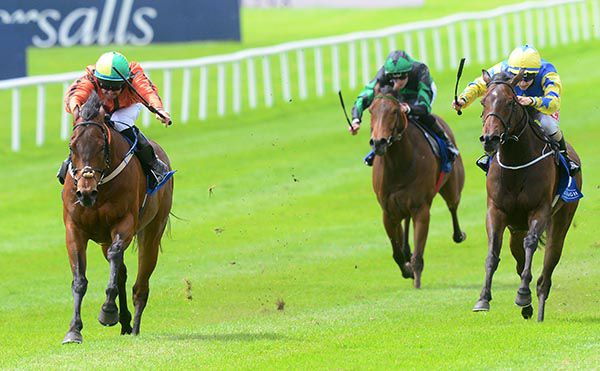 Denis Hogan has no regrets about pitching Hathiq into the "Dash" Handicap at Epsom, despite his charge beating only two home on Saturday.

The five-year-old had been a comfortable winner at the Curragh seven days before, but failed to make the same impact in the ultra-competitive contest on Derby day after being sent off a clear favourite.

Hathiq finished 17th of the 19 runners and Hogan felt he may just have been too inexperienced for such an occasion.

"He's only had eight runs and the horses over there are hardened handicappers. We'll probably train him for the Rockingham (at the Curragh), and he's OK (after the race), which is the main thing."