Romanised in search of Deauville glory 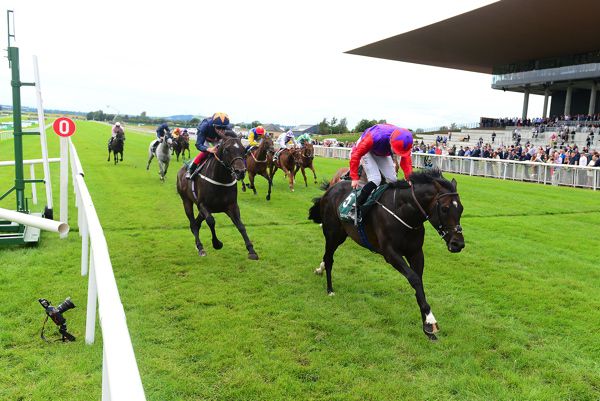 Ken Condon is keeping his fingers crossed Romanised can double his Group One tally in the Prix Jacques le Marois at Deauville on Sunday.

The Holy Roman Emperor colt provided his trainer with a first Classic success when landing last year’s Irish 2,000 Guineas, but was largely disappointing for the remainder of his three-year-old campaign.

He could finish only fifth behind Jessica Harrington’s brilliant filly Alpha Centauri in this race 12 months ago, but returns to France in fine form, having built on solid efforts in the Lockinge at Newbury and the Queen Anne at Royal Ascot with victory in the Minstrel Stakes at the Curragh.

Romanised is joined by stablemate Success Days, who is expected to be deployed in a pace-setting role.

“Both horses seem well and Romanised has been running to a good level all year. He ran a good race in the Lockinge and ran well in Ascot, where he was maybe a bit unlucky. He didn’t get the splits when he needed them and he might have finished a little bit closer but for that,” said Condon.

“He backed that up with a very good performance over a fast-run seven furlongs at the Curragh. He won well in a good time that day and we’ve been very happy with him since.

“Hopefully there’ll be plenty of pace on, as I think it’s pretty obvious by now Romanised is at his best when there’s a good gallop. I’d imagine Vocal Music will go forward for Study Of Man and Success Days will ensure it’s at least an even gallop, so we’ll see what happens after that.

“Romanised certainly seems in good form and hopefully he can put up another good performance.”

However, Pascal Bary’s charge could only finish third when a hot favourite for the Group Three Prix Messidor three weeks ago and is on a retrieval mission here.

The only filly in the field is Francis-Henri Graffard’s Watch Me, who makes her first appearance since claiming a surprise victory in the the Coronation Stakes at Royal Ascot.

“Everything is good and I’m very pleased with the condition of the filly,” said Graffard.

“We have had plenty of time since Ascot. She is taking on the older horses and the colts, so it should be an interesting race.

“My job is done and now it is up to the filly.”

The Galileo colt rounded off an excellent juvenile campaign with victory at the Breeders’ Cup, but so far this season has finished down the field in the Dante at York and the Investec Derby at Epsom.