Ryanair Chase has 18 in contention 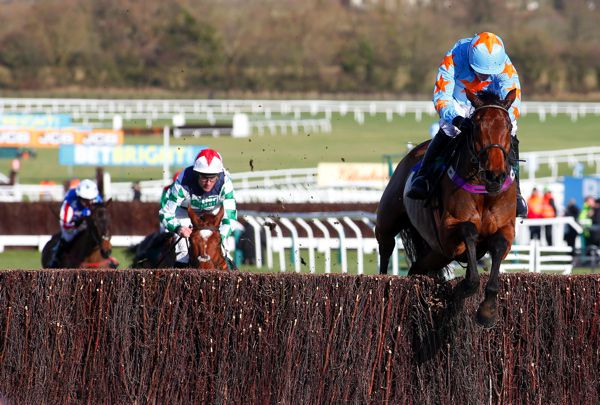 The Willie Mullins-trained trio of Footpad, Min and Un De Sceaux feature among 18 confirmations for the Ryanair Chase at Cheltenham on Thursday.

The Closutton handler won successive renewals of the two-mile-five-furlong Grade One with Vautour (2016) and Un De Sceaux (2017), while the latter was a beaten odds-on favourite when defending his crown 12 months ago.

Un De Sceaux is set to return and is likely to be joined by either Footpad or Min â€” with the other set to take on Altior in the Queen Mother Champion Chase the previous afternoon.

Noel Meade confirmed on Thursday Road To Respect is set to line up in this race rather than contest the Magners Cheltenham Gold Cup. The Tu Va handler has also left in Tout Est Permis as back-up.

A formidable Irish contingent is completed by Eddie Harty’s Coney Island and Gordon Elliott’s The Storyteller.

The home team is headed by the Paul Nicholls-trained Frodon. The 10-times champion trainer also has Politologue in the mix.

Other possibles include Nicky Henderson’s trio of Terrefort, Janika and Top Notch â€” although the latter is set to run in the Stayers’ Hurdle.