Samcro on course for Leopardstown 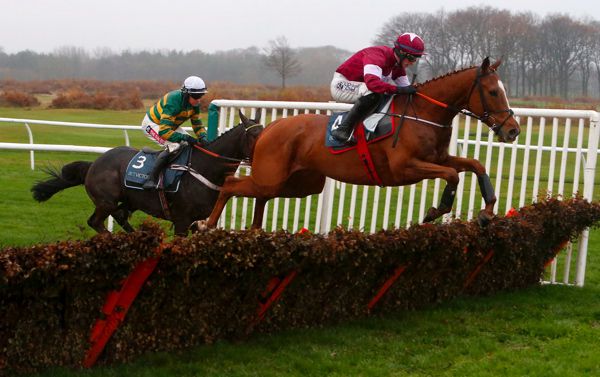 Samcro remains on course to make his next appearance in the Ryanair Hurdle at Leopardstown.

Having extended his winning sequence to seven at the Cheltenham Festival in March, the sky looked the limit for the Gordon Elliott-trained gelding.

However, he fell at the Punchestown Festival when taking on more experienced rivals and has been beaten in two runs this season, by Bedrock at Down Royal and then when put in his place by dual champion hurdler Buveur D’Air in the Fighting Fifth at Newcastle.

Samcro was entered in the Long Walk Hurdle over three miles at Ascot, but Elliott is maintaining the two-mile plan for now, although he is realistic about the task the six-year-old faces in reversing form with Buveur D’Air.

“Samcro is in good form and Leopardstown (December 29) is the plan,” said Elliott.

“He’s working well and we’re happy with him, but he’s going to have to improve a lot on his last run to win a Champion Hurdle.”