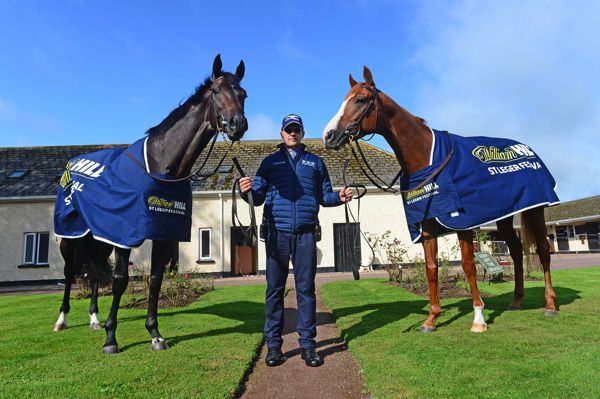 Aidan O'Brien has confirmed that Sir Dragonet and Il Paradiso are on track for next week's William Hill sponsored St Leger at Doncaster.

O'Brien speaking at a press morning in Ballydoyle said that the pair are in top form ahead of the final British Classic of the season.

"Sir Dragonet is a very classy horse and I have been very happy with him since the Curragh." Said the trainer.

"He had had a break prior to the Curragh and has come out of the race very well. That was his first run at a mile and a quarter, all his previous runs were over a mile and a half. He is not short of pace but does stay very well."

"With Japan and Magical heading to France for the Arc we have decided that Sir Dragonet will go to Doncaster for the St Leger."

Sir Dragonet will be joined in the Doncaster race by stable companion Il Paradiso.

"Il Paradiso stays very well. We see him as a Gold Cup type horse. His run at York over two miles was a good performance and he is improving. He is now rated 115."

Constantinople which finished second to St. Leger favourite Logician in the Great Voltiger at York has been sold, while third placed Norway is an intended runner at Doncaster.

The rearranged start time for the Irish Champion Stakes at Leopardstown on the same day as the William Hill St Leger means that O'Brien will be unable to use the same riders for both races but he is not overly concerned as he is of the opinion that he has plenty of capable riders to draw on.

He does however feel that the racing authorities in both Ireland and Britain should look at having the two big races on separate days as it would be better for the sport.