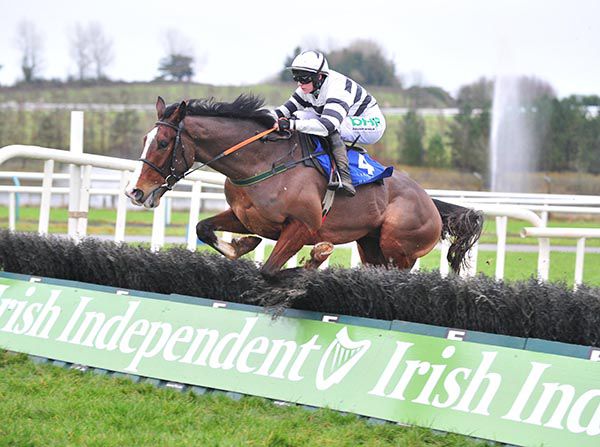 Oldgrangewood prevailed by the narrowest of margins in an exciting three-way finish with Saint Calvados and Lalor in the Paddy Power Handicap Chase at Cheltenham.

Lalor, ridden by Aidan Coleman for the first time, had led his rivals a merry dance for much of the race, showing all his old enthusiasm, but he looked in trouble running down to the last.

Dan Skelton’s Oldgrangewood, down the middle of the track, jumped to the lead while Saint Calvados was produced with a late run by Gavin Sheehan.

The famous Cheltenham hill looked like claiming another victim as Oldgrangewood’s stride began to shorten while Lalor, who was almost a length down at one stage, began to rally on the inside of Saint Calvados.

The three flashed across the line together and it was Oldgrangewood (12-1) and Harry Skelton who eventually got the verdict after a lengthy wait.

Top weight and 3-1 favourite Kalashnikov came home eighth of 10 finishers with trainer Amy Murphy later reporting that he had broken a blood vessel.

The Skelton team had earlier lost a race in the stewards’ room when Protektorat was demoted to second in favour of Imperial Alcazar.

“It has been a funny old hour, but that is jump racing,” said Harry Skelton.

“He is a talented horse. Today I couldn’t believe it, he travelled around and jumped like a buck. The whole way round I thought I was too handy and got too good a run.

“You want plenty to aim at and Aidan (Coleman) kicked turning in and then I had something to go at. He jumped two out and took off.

“I thought when I raced on my own it would go against me in the finish. He probably saw the other horses and thankfully he has stuck his head out well.

“I’ve been in the game long enough and you take the rough with the smooth — you win some and lose some, so I suppose a Graded race is better than a Listed race.”

Dan Skelton’s assistant Tom Messenger added: “We lost a Listed race, but we have got a Graded handicap which is brilliant for the horse.

“He has been unlucky here before as he has never had his ground at the track. I think today the ground was fine. He had a wind op earlier in the season and it has taken a couple of runs to realise he can go through with it and breathe.

“He had lost his way as he looked very progressive a couple of seasons ago, then last season we were in the wilderness a little bit.

“He has won a mark off 145, so he was still lower than his highest winning mark and you would think being a bit older and stronger, he should be better than a couple of seasons ago.

“It is nice he has strung two nice runs together. We will take today and it will be great if he can come back here in March.”

Kayley Woollacott was delighted Lalor showed there was still fire in his belly, adding: “It was very nerve wracking. He hasn’t performed like that for a while. It was a big relief to see him back. We are delighted with him.

“The step up in trip was what the gut was telling us to do and it is nice to know it has come off.

“We’ve won a Grade One with this horse, but for us we’ve worked really hard to get this horse back.”