Stack has Ebor in mind for Carlo Biraghi 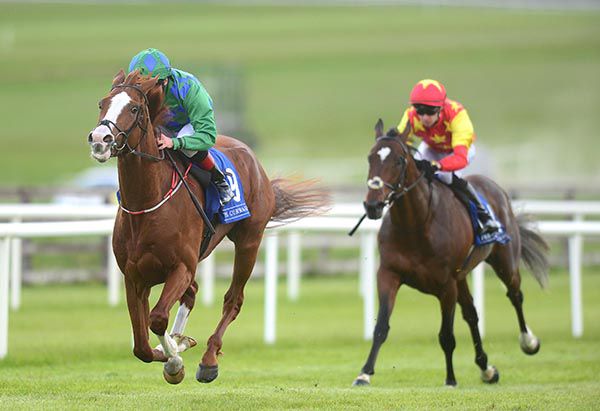 Fozzy Stack is eyeing a tilt at the 1 million pound Sky Bet Ebor at York for his high-class performer Carlo Biraghi.

The gelded son of Galileo was considered good enough to run in the Irish Derby as a three-year-old last season, but was not seen again in 2018.

He made his return to action over hurdles at Punchestown in January, and an impressive victory lined him up for a potential tilt at the Triumph Hurdle - only for a setback to rule him out of the Cheltenham Festival.

Stack reports his charge to be back in work, and he is considering the Ebor as a potential summer target.

He said: "He's fine, and we'd hope to have him back around the time of the Ebor. That might be the plan, but we'll see how we go.

"I'd say we will go back over hurdles with him at some stage."