Stack has Naas in mind for Carlo Biraghi 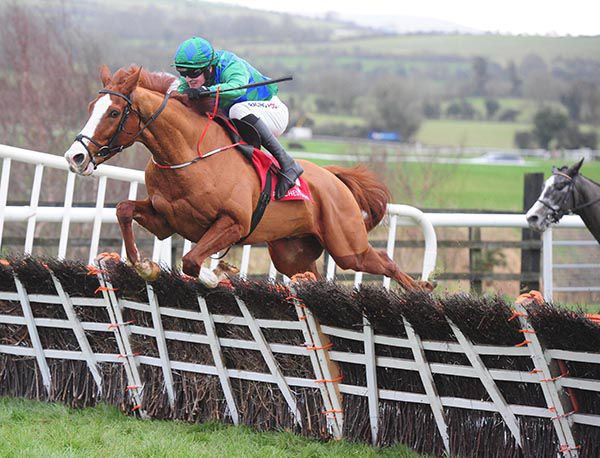 Carlo Biraghi may run at Naas early next month for more experience before possibly heading for the Triumph Hurdle at the Cheltenham Festival.

However, trainer Fozzy Stack will keep an eye on the weather and would not risk the son of Galileo should the ground be too soft.

Carlo Biraghi showed plenty of promise when making a successful debut over jumps at Punchestown earlier this month, taking a 22-runner maiden hurdle by seven and a half lengths.

"He came out of the race well and is in good shape," said Stack.

"I'll have a chat with the owners - but it's more than likely he'll go to Naas a week on Saturday, hopefully all being well, for a four-year-old race.

"We’ve given him an entry in the Triumph, so we’ll see what happens.

"If Naas came up very soft we may not go there. We’d have to look and maybe go straight to Cheltenham."