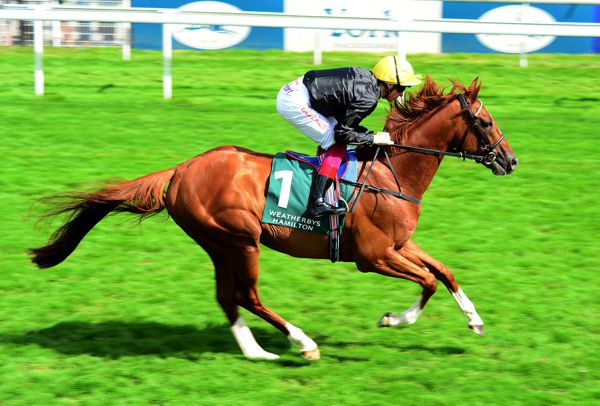 Stradivarius is "ready to go" as he aims to complete a second unbeaten season in the Qipco British Champions Long Distance Cup at Ascot next weekend.

John Gosden's star stayer has been out on his own this season, never looking like being beaten at any stage.

He heads to Qipco British Champions Day on a 10-race winning streak and owner Bjorn Nielsen is already looking forward to next season.

"John tells me that Stradivarius is full of himself and ready to go. I’ve noticed they have changed the time of his race from the first to the third - they don't want people to be having their lunch when he runs!" said Nielsen.

"Coming into this season John told me the horse had improved a lot strength-wise from four to five, much more so than he did between three and four.

"That’s been borne out as he’s won his races fairly handily. First time out he was a little bit rusty; in the Gold Cup he was on the bridle turning in and won comfortably.

"At Goodwood he hunted the same horses and pretty much did the same thing in the Lonsdale. In the Doncaster Cup he had a 5lb penalty but was running against horses rated a fair amount below him.

"I know people were surprised to see him run at Doncaster, but it would never have been eight weeks between races had he not done so. Last year it would have been too much for him because he was tired after a flat run in the Lonsdale, but this year John said he was so full of himself that he needed to have another run."

All of Stradivarius' wins this season have been part of the Qipco British Champions Series programme and victory on Saturday week would see him become the first horse to win six such races in a season.

"I read somewhere that he and Frankel are the only horses have won five Champions Series races in a year, which he’s done twice now. If he achieves the sixth on Saturday week he will be the only horse to have done it — and also be tied with Frankel for second. That would be some feat,” said Nielsen.

"He's been well managed by a great trainer and will stay in training as long as he stays enthusiastic and sound. His target will be the Gold Cup with a run in the Sagaro or Yorkshire Cup as a prep beforehand."