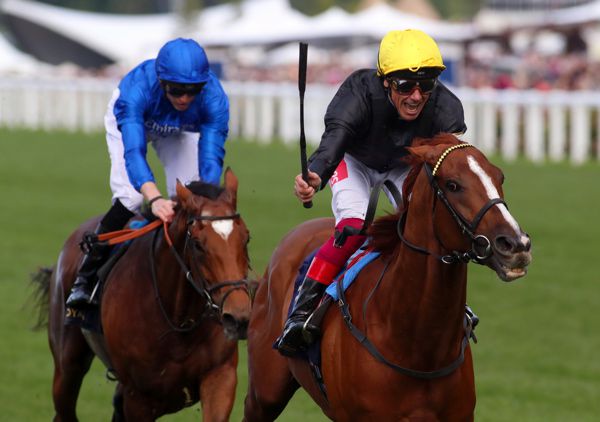 Stradivarius will face eight rivals as he bids for a hat-trick in Tuesday's Qatar Goodwood Cup.

Only the Mark Johnston-trained Double Trigger has won the two-mile feature three times, but John Gosden's Stradivarius is a hot favourite to emulate the feat after dominating the staying division over the last season and a half.

Gosden told Racing TV's Luck On Sunday programme: "Obviously he carries a lot more weight here as the three-year-olds come into the race and they're getting a lot of weight - we know about that as he won it as a three-year-old.

"He’s in great form and looks to be really enjoying life at the moment, so let’s hope it goes well for him on Tuesday."

Dee Ex Bee was only a length behind Stradivarius at Ascot and he tries his luck again while Charlie Appleby’s Melbourne Cup hero Cross Counter will be aiming to improve on his fourth that day.