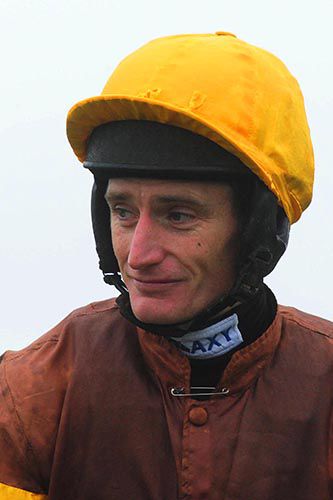 Trainer Karl Thornton is still working out what the future holds for his three-time bumper winner Shanroe.

Since finishing a promising third on his racecourse debut at Ludlow in March, the five-year-old has racked up a hat-trick with victories at Hexham, Sedgefield and Perth respectively.

Thornton is looking forward to seeing his charge embark on a career over hurdles later in the year — but is unsure whether the gelding will still be based at his County Dublin yard when he does.

Thornton said: "I'm delighted with him. He seems to do everything right. He eats and sleeps and has travelled across the water four times without any problems - he's very professional about the whole thing.

"I think he's potentially very good. Most of ours go down the point-to-point route, and then we sell them, but I just felt this horse was showing a lot of class at home and we’d go down a different road with him.

"He’s done plenty of schooling over hurdles and fences and jumps well."

Shanroe was due to be sold at last month’s Tattersalls Ireland Sale at Cheltenham before connections decided to withdraw.

Thornton added: "I've had to convince the owner three times not to sell him and I'm running out of reasons now, so we’ll see what happens.

"He was due to go to Cheltenham, but I just felt our horses haven’t been making as much as they should have been and thankfully he’s come out and won again since in Perth the other day.

"The owner is up for selling him, but it would be great if we can keep him in the yard."

He said: "He could run over hurdles in the morning, but I think he deserves a break now and he can come back then to go novice hurdling — whether that’s with me or someone else.

"He’s been getting away with the ground, because they do such a good job with the watering in Britain, but he’ll definitely appreciate it softer.

"If we get a wet summer he could even have a run on the Flat in one of those qualified riders maidens at Leopardstown or somewhere like that."