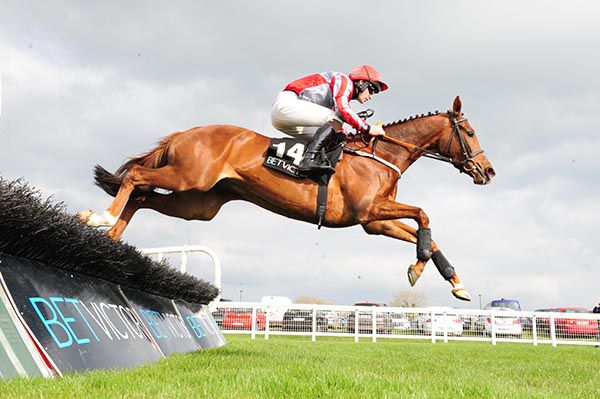 The daughter of Casamento has been performing well under both codes this year, with a maiden hurdle success at Ballinrobe and a Flat victory at Leopardstown supplemented by several fine efforts in defeat.

The four-year-old is in contention for next Thursday’s 300,000 euro feature, but is currently at the bottom of the 31-strong entry — and a maximum field of 20 will go to post.

Mullins said: “Bercasa will go for the Galway Hurdle if she gets in. She’s in good form and is improving all the time.”

The Doninga trainer may also be represented in Wednesday’s thetote.com Galway Plate by Oscar Knight.

Narrowly beaten into third place in the Midlands National at Kilbeggan on his latest appearance, the JP McManus-owned 10-year-old could bid to provide his trainer with a second victory in the Galway showpiece, to add to Bob Lingo’s success in 2012.

“I’d be inclined to go for the Plate with Oscar Knight,” Mullins added.

“He ran well in Kilbeggan and is in great form since, but it would be up to Frank (Berry, racing manager) and JP (McManus) — because there may be an easier option during the week.”