Tornado and Battleoverdoyen to clash in fascinating Lawlor’s 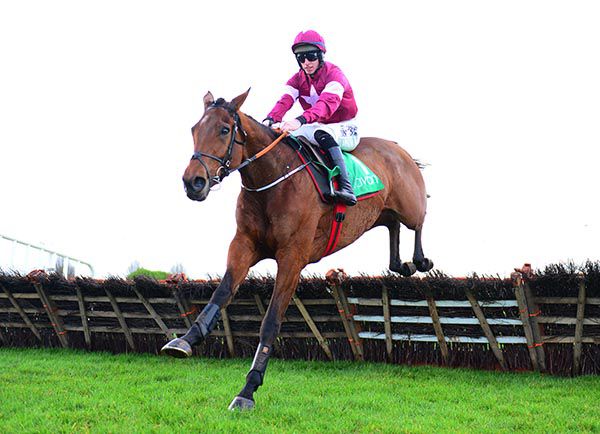 Tornado Flyer and Battleoverdoyen will meet in what promises to be a fascinating renewal of the the Lawlor’s Of Naas Novice Hurdle on Sunday.

Willie Mullins has claimed this Grade One prize seven times — saddling four of the last five winners — and this year fires a three-pronged assault.

Tornado Flyer appears the champion trainer’s chief contender. The six-year-old was third in the Champion Bumper at last season’s Cheltenham Festival before landing the Punchestown equivalent — and then made a smart start to his hurdling career at the same track last month.

Mullins also saddles runaway Cork winner Come To Me and Getareason, who was last seen finishing second behind stablemate Easy Game in the Navan Novice Hurdle.

Gordon Elliott is double-handed in his bid for a second success in the race, following Death Duty’s triumph in 2017.

Battleoverdoyen was snapped up for £235,000 after winning an Irish point-to-point and has been seriously impressive in winning a Punchestown bumper and a Navan maiden hurdle this winter.

He is joined by stable companion Commander Of Fleet, who looked a top-class prospect when winning the Goffs Land Rover Bumper at Punchestown last April and maintained his unbeaten record on his hurdling bow at the same track.

However, he needs to bounce back from a slightly disappointing effort in the Royal Bond at Fairyhouse.

Lone Wolf steps up in class for Joseph O’Brien after winning at Fairyhouse little over a month ago.