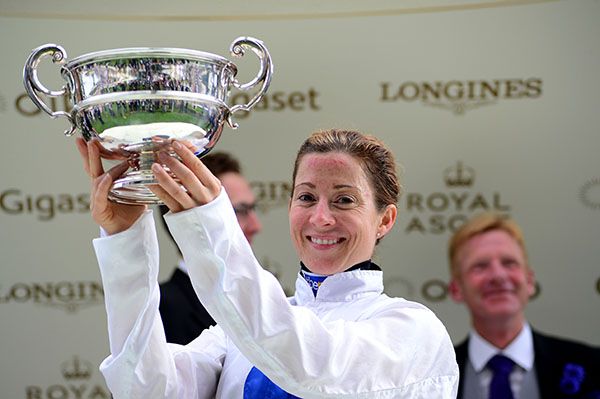 The Group One-winning rider will make her 13th appearance at the meeting when joining forces with this year’s Women Jockeys’ World Cup winner Nanako Fujita and Australian Jamie Kah, in her attempt to repeat last year’s heroics.

Heading the opposition will be the Great Britain and Ireland team, which features leading Flat jockeys’ championship title contender Danny Tudhope, who is making his debut at the event, dual champion jockey Jamie Spencer and captain Tadhg O’Shea.

Classic-winning rider Gerald Mosse forms part of the European squad, alongside Cristian Demuro and Filip Minarik, while the Rest of the World team is made up of Yuga Kawada, Vincent Ho Chak-Yiu and Mark Zahra.

Turner said: “We had a really good team last year with Josie (Gordon) and Hollie Doyle. I don’t know the girls they have got in the team this year as well, but they look to have done amazing for themselves in their respective countries.

“You are never guaranteed to ride at the meeting as you have to get invited to ride, and I’ve been lucky enough to be asked so many times.

“The nicest part is when you get that call up. I really can’t wait for it now, as it is something really different and a great day to be part of.

“It really has become a worldwide event with so many top jockeys taking part and everyone just enjoys the day.”

Not only will Turner, who became the first woman to ride a Royal Ascot winner in 32 years when steering Thanks Be to victory in the Sandringham in June, be bidding for back-to-back team titles, she will also be trying to lift Silver Saddle prize, awarded to the leading point-scoring jockey, for the second year running.

She added: “It was great to finally win the Silver Saddle, so at least I can say that is done now, but it would be nice to win it again.

“It is all down to the luck of the draw what horses you ride, but hopefully I will be on some good ones.

“It is nice to get the chance to ride for trainers that you don’t normally ride for and sometimes you can build partnerships for the rest of the season from that.”