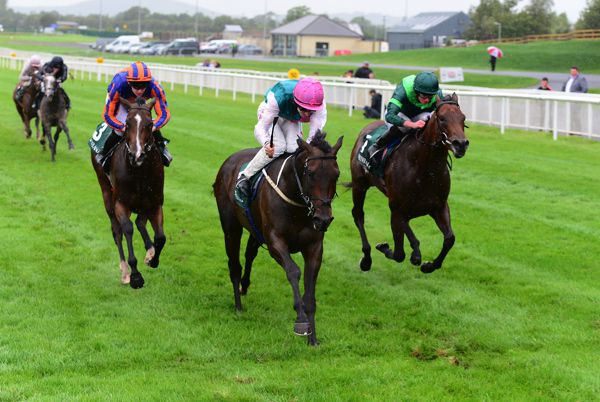 Connections of Siskin believe the Juddmonte Middle Park Stakes is an obvious target for the Phoenix Stakes hero.

The Ger Lyons-trained colt maintained his unbeaten record in the Curragh Group One last week and has been entered in both the six-furlong Middle Park and the seven-furlong Darley Dewhurst Stakes at Newmarket in the autumn.

Khalid Abdullah’s son of First Defence is also entered in the National Stakes back at the Curragh on September 15, but racing manager Teddy Grimthorpe expects the Middle Park to be his main aim.

He said: “The Middle Park Stakes is a natural sequitur for Siskin following his Phoenix Stakes win and looks to be his main target, though there is a possibility he could run in the National Stakes.

“Any decision about the Dewhurst Stakes would not be taken until we’ve seen how he goes in the Middle Park.

“His Phoenix Stakes victory was very pleasing. He found the ground a bit soft but was well on top in the last few strides, so there is no question that it was a smart performance.

“He’s been fine since then and Ger has been pleased with him. He seems to be going the right way.”

He added: “There has been some talk about him having plenty of stamina on the dam’s side of his pedigree but his mother, Bird Flown, won over seven furlongs, his sire, First Defence, was a seven-furlong horse, and his dam’s sire, Oasis Dream, was a sprinter.

“You can take what you like out of a pedigree. I would say that his is essentially quite a fast pedigree, though you would still hope that he would get a mile.”

Siskin is one of 53 entries for the Middle Park, with A’Ali and Arizona other eyecatching contenders for the September 28 event, while Godolphin’s unbeaten Ascot and Goodwood winner Pinatubo is another of the leading lights in the Dewhurst on October 12.