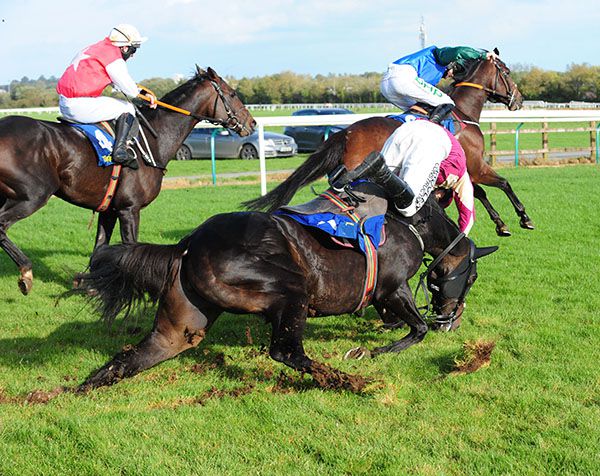 The French-bred gelding has proved a good money-spinner this year winning a rated novice hurdle at Clonmel in May and now two of his three starts since sent chasing.

The six-year-old was prominent throughout when scoring at Kilbeggan last time and Blackmore adopted similar tactics again over 2m4f.

The 15/8 favourite was far from perfect at the last, where one of his close rivals Dolly Dancer exited, but kept on well on the run-in to beat Ballyegan Hero by three and a quarter lengths.

De Bromhead said, "He has really taken to the fences well. We hoped he would and he has which is brilliant. Rachael was brilliant on him and he jumped great for her and he stays well.

"There's a 2m2f chase for him at Galway but we'll get him home first and see how he is.

"He is not a real winter ground horse and Rachael even said he felt it a little on the chopped up ground on the bends there. We'll see whats coming up and keep going for as long as we can."

The De Bromhead/Blackmore alliance were on the mark earlier with well-backed 7/1 chance Imperial View in the mares maiden hurdle.