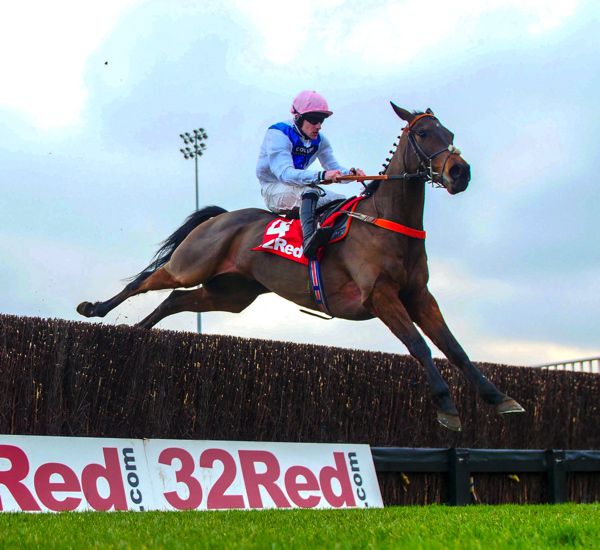 Ruth Jefferson’s stable star won his first six starts over fences, including a Grade One triumph in the Ascot Chase last February.

He made his first appearance since in the King George VI Chase at Kempton on Boxing Day, but was badly hampered by the fall of Bristol De Mai at the final fence — giving Brian Hughes no chance of staying in the saddle.

Waiting Patiently returned to his Yorkshire base none the worse, and Jefferson is keen to get him back on the racecourse as soon as possible.

Jefferson said: “We’ve put him in the Listed race on Saturday, and it all depends on the ground. There is a bit of rain forecast, but a bit of rain might not be enough. We’ll just have to wait and see.

“He’s fit and ready to go. We’ve had no issues at all since the King George.

“If he’d been brought down and come back with problems that would have been a nightmare. It was bad enough being brought down, but at least he came back absolutely fine.”

Should he sidestep this weekend’s engagement, he could take on Henderson’s superstar Altior in the Clarence House Chase at Ascot on Saturday week or head to the Dublin Racing Festival at Leopardstown early next month.

“If we wait for the Clarence House he’d probably be taking on Altior — and when you’re taking a horse like him, with everything in his favour, you know going into it the scales are tipped against you,” Jefferson added.

“He’s in the two Grade Ones at Leopardstown — the Irish Gold Cup and the two-mile race (Dublin Chase) — and after that you’ve got the Ascot Chase.

“Then you’re on to Cheltenham and Aintree, so we’ll just have to see where it rains.”

The feature event at Kempton on Saturday is the Unibet Lanzarote Hurdle.

Likely contenders for this fiercely competitive handicap include the Paul Nicholls-trained Darling Maltaix, Erick Le Rouge — who completed a hat-trick over the course and distance on Boxing Day — and Cotswold Way, who has also won his last three starts for Philip Hobbs.