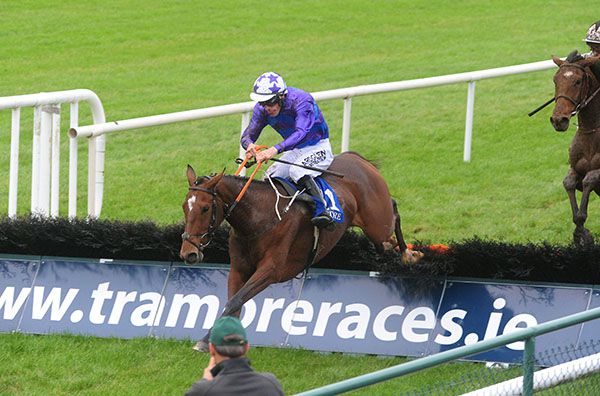 Golden Glen (8/1 into 11/2) came forward from an encouraging seasonal return at Gowran on October 4th to win the Tramore Racecourse On Instagram Handicap Hurdle.

John Joe Walsh’s Gold Well mare was nicely perched down near the bottom of the weights on ten stone four.

Walsh employed fellow Cork man Brian Hayes for the spin, and his mount, a mere five-year-old, comfortably accounted for Minx Tiara and Bee A Beneficiary (5s into 4s joint favourite) by a length and six lengths.

Golden Glen was shedding her maiden tag here at the tenth time of asking.

“She stays well and Brian gave her a cute ride and kept out for the better ground," said Walsh.

“She ran in Gowran earlier this month over two miles and was staying on at the finish.”