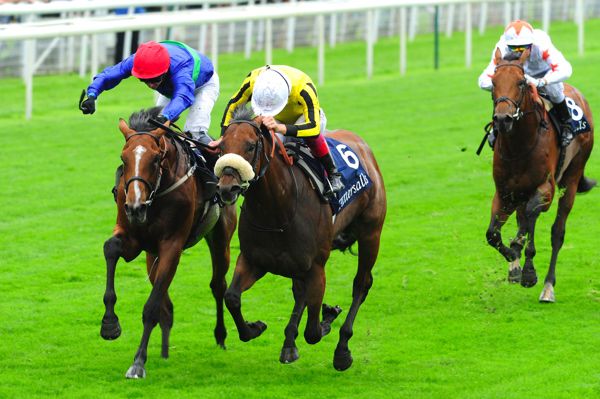 Tim Easterby’s Wells Farhh Go is due to return to action by the end of this month.

The four-year-old showed stamina is his forte when winning the Bahrain Trophy at Newmarket last July.

He then found the drop in trip against him in the Great Voltigeur at York, when fourth to Old Persian, but he was still heading towards the St Leger as one of the leading fancies.

Unfortunately, he was forced to miss the Doncaster Classic with an injury and has not been seen this season to date.

“He’s in good order and he’s getting there. I should think he’ll be ready to run at the end of this month, all being well,” said Easterby.

“I’ve nothing in mind for him for his comeback, I’m just monitoring him at this stage. He likes a bit of juice in the ground, but he doesn’t have to have it.

“With a bit of luck he’ll be out at the end of this month or the beginning of July.”

He added: “We’ve entered him in the Irish St Leger and as that isn’t until September we’ve got plenty of time to try to get him right before then.”