Work among 13 in RSA 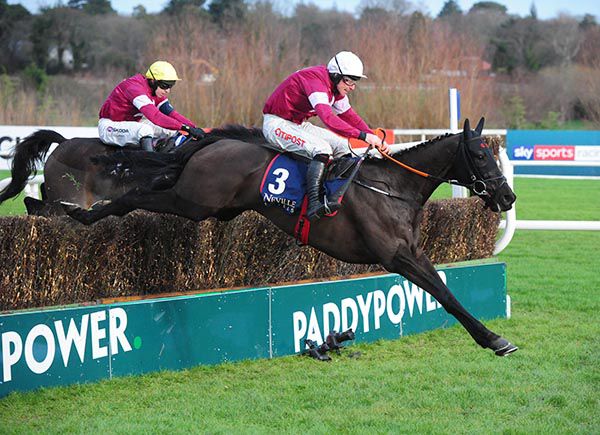 Gordon Elliott’s exciting novice Delta Work is one of 13 possibles for the RSA Insurance Chase at Cheltenham following the six-day confirmation stage.

Winner of the Pertemps Handicap Hurdle Final at last year’s Festival, the Gigginstown House Stud-owned six-year-old is unbeaten in three starts over the bigger obstacles.

His victories in Grade Ones at Fairyhouse and Leopardstown in December elevated him to ante-post favourite for the three-mile feature.

Mortal, from Joseph O’Brien’s stable, is the only other Irish-trained contender still on course to take part on Wednesday. Also owned by Gigginstown, the seven-year-old was runner-up to Delta Work in the Neville Hotels Novice Chase at Leopardstown.

Heading the home challenge is Nicky Henderson’s Santini, who appears to have overcome a minor setback earlier in the week when he pulled a shoe off while galloping.

Henderson may also be represented by On The Blind Side, while Colin Tizzard is two-handed with Mister Malarky and Drinks Interval.