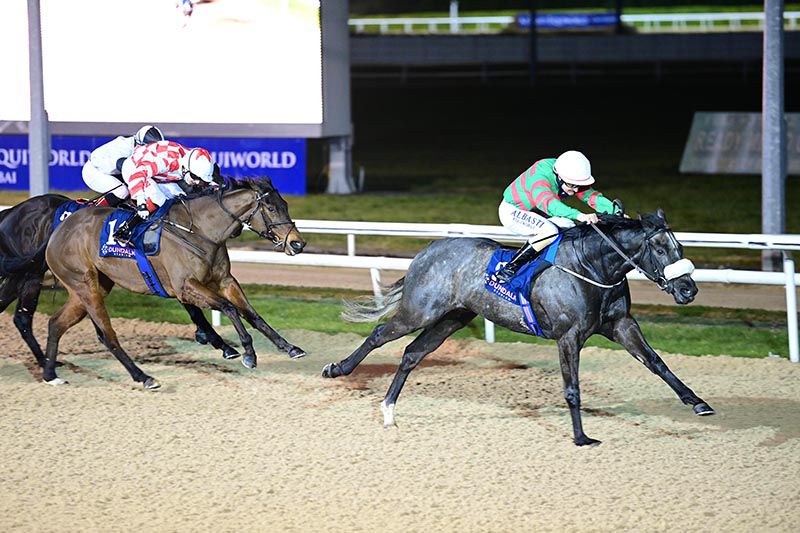 Owned and trained by Jessica Harrington, the successful Mastercraftsman gelding, with Shane Foley up, raced close up, soon tracking the leader.

He was on terms two furlongs out, soon pushed along, and ridden and keeping on strongly from over a furlong out, Jungle Cove won going away by two lengths from Dedillon.

“He deserved that in fairness to him. He's been frustrating as he's a very good work horse at home,” Shane Foley.

“Young Alan (Glynn) has been riding him and he's sweetened him up a bit for me. It's a pity he's not on him but Jessie wanted to put me on him today. He's done a good job with him.

“He's going to have a busy summer leading the good horses. You only see 50 per cent at the track to what he does at home. He's a great work horse, he's very sound and loves the game.”

The Stewards enquired into the running and riding of All Class (FR), ridden by M.A. Enright, and trained by David Peter Dunne.

Evidence was heard from the rider and trainer concerned.

M.A. Enright, stated that his instructions were to sit mid division and he felt that they went very fast early on and he was content with his position throughout.

He added that his mount had come home ok without quickening up or threatening the leaders.

David Peter Dunne, confirmed the instructions given and stated that he was keen that his charge break smartly from the gates today as it has previously been slow away.

The Stewards also received a report from the Irish Horseracing Regulatory Board Veterinary Officer who stated that All Class was post race normal.

Having viewed the recording of the race and considered the evidence, the Stewards noted the explanations given.