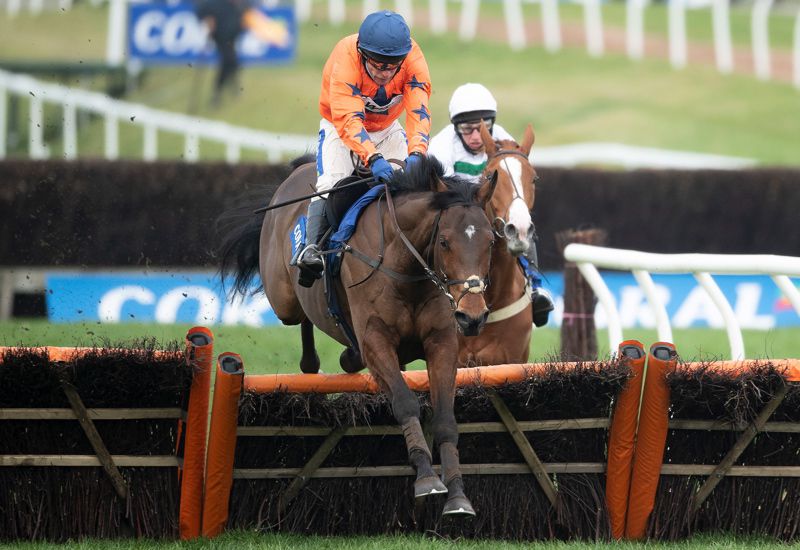 The Pond House handler has enjoyed a fine season to date — and believes he has assembled a “small but select team” for the showpiece meeting in the Cotswolds, which gets under way in less than a fortnight’s time.

Pipe acknowledges this year’s Festival will have a different feel to it because of Covid restrictions, but is nevertheless relishing the prospect of sending his stable stars to the Cotswolds.

Speaking on a press Zoom call following publication of the weights for the Festival handicaps, Pipe said: “Obviously it’s different this year, but everyone is still trying to prepare their horses for Cheltenham.

“Our horses are in good form and have been running well. We’ve got a small but select team going there.

“I think we’re in a positive mood. It’s amazing how the atmosphere in any yard changes in the two weeks before Cheltenham — when you’ve got a few horses going there with a chance.

“Everyone gets a bit uptight and excited. Most of the hard work has been done, and now it’s a case of ticking them over and getting them there on the day.

“It’s very hard to win at Cheltenham. That’s why it’s very special when you do.”

The Pipe squad is led by Adagio, who has won three of his four starts over hurdles this season — most recently claiming Grade One honours in the Finale Juvenile Hurdle at Chepstow in January.

“My best chance is probably in the toughest race — Adagio,” he said.

“It looks an ultra-competitive Triumph Hurdle, but our fellow hasn’t done much wrong and is improving with every run.

“After his last run he did have a little colic, which meant he missed a week, but he’s had a good preparation since.

“It’s obviously a concern at the time, but since then everything has gone well.

“He’ll have an away-day somewhere before Cheltenham, and we’re very much looking forward to it.”

One of the yard’s other big hopes is Reynoldstown Novices’ Chase winner Remastered, who holds three entries.

Pipe added: “I thought it was a really good performance (at Ascot). It probably wasn’t a great Reynoldstown, but he beat the horses that were put in front of him and battled really well all the way to the line.

“He’ll either go for the Ultima or the National Hunt Chase. It will probably come down to ground — if it is softer ground maybe the Ultima, if it’s better ground then maybe the three-mile-six-furlong novice.

“A lot of his form is on soft or heavy ground, so he would prefer it to be on the slower side. But saying that, the only time we’ve run him on better ground was at Newbury in a novice hurdle, where he finished second to Dashel Drasher, so that form isn’t looking too bad.”

Pipe is hoping the application of headgear might coax some improvement out of Paddy Power Stayers’ Hurdle outsider Main Fact.

“For me, he disappointed (in the Long Walk) at Ascot, but bounced back with a good run to finish fourth at Haydock.

“Obviously he’s a big price and an outsider, but we will be putting some type of headgear on him in the Stayers’ Hurdle, to help horse and jockey in the early stages.

“He deserves to take his chance. Softer ground would be better for him. Why not have a go?”

Pipe has yet to decide between the Ballymore Novices’ Hurdle and the Albert Bartlett for Make Me A Believer, while Leoncavallo is viewed as an “interesting” contender for the Martin Pipe Conditional Jockeys’ Handicap Hurdle, a race son David would love to finally win.

He said: “The harder I try to win it, the less likely it seems to be that I’m going to!

“Every year there seems to be more entries in the Martin Pipe than any other other race at Cheltenham.

“We have a few entries for it. Leoncavallo is an interesting horse — he had a good season on the Flat last year.

“He’s in the Martin Pipe and the County Hurdle. He’s rated high enough on 142 and he’s nine years old — but he’s in very good form, and it wouldn’t be a surprise to me if he ran a big race in whichever one he goes for.”