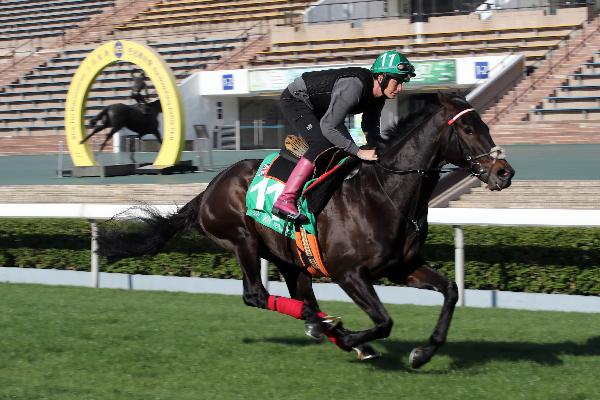 After another meritorious run from the six-year-old in the Melbourne Cup, Newmarket-based Fellowes is hoping for a bit more fortune in Thursday’s draw than 12 months ago — when he had to leave stall 14.

Since then Prince Of Arran has taken his form to a new level, winning the Geelong Cup and finishing second in the big one at Melbourne — boosting his career earnings close to £1.5 million.

Fellowes said: “We have unfinished business in Hong Kong.

“I told everyone at Sha Tin last December that Prince Of Arran was in even better shape than he had been in Australia — but he got gate 14, and nothing went right for him. Actually I think he still ran a huge race, all things considered.

“I wouldn’t want to be right on the inside, but three to seven would be ideal. Our horse doesn’t want to lead, but he wants to be close up. That is how he likes to race.”

Prince Of Arran’s long overseas trips help him to thrive, according to Fellowes.

“He is a highly intelligent horse and seems to find travelling very stimulating, so it keeps him fresh,” he said.

“Also, I think that intelligence means that he only does as much as he has to — all his wins have been by narrow margins — so you never really get to the bottom of him, and that also implies that he can last longer as a racehorse.”