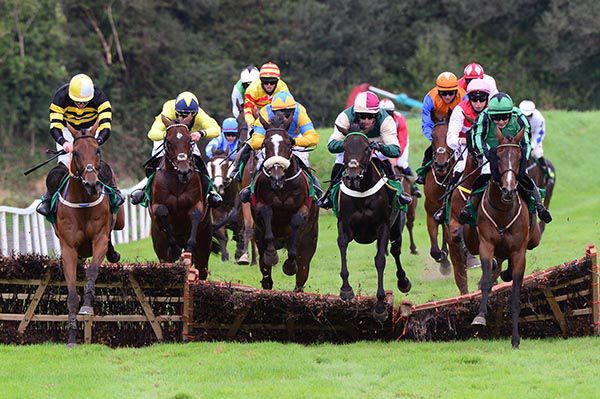 The 6-year-old, who’s by the Pivotal horse Virtual, was ridden along in fifth entering the straight but picked up well to lead before the last and stayed on strongly to beat My Immortal (13/2) by four and a half lengths.

The other 11/2 joint favourite Whatucallher, who made the running, finished third.

Hewick won a couple of staying handicap hurdles around this time last year and was also successful over fences at Clonmel in June.

Winning trainer John 'Shark' Hanlon said: “He’s very consistent and I was disappointed he didn’t get into the Kerry National. I also had him entered in this race so we said we’d come here.

“He loves the trip and the ground dried up which is a big help. He loves good ground and I love having a winner at Listowel.

“He only cost 300 quid in Goresbridge and there is no doubt he’s a better chaser than over hurdles.

“He ran in Perth the last day but the ground ended up soft and he was only beaten half a length. If he had won he could have gone up 5 or 6lb which would have got him into the Kerry National.

“When the ground changes he’ll go out.”